Tibet may be the most magnificent region on the planet, not to mention the strong attraction of its spiritual level. The river valleys of the Tibetan Plateau are mostly in the beautiful mountains. When you visit the holy lakes, you’ll realize that you are destined to come here. The lakes are not like the blue of the human world, and they have not yet been seen anywhere else. Quietly standing in the places, you can hear the sound of the wind blowing prayer flags.

Compared with other places, Tibet is a place with the largest number of alphin lakes on the planet with 23,800 square kilometers lakes in total, which represents 30% of national lake resources. In general, there are more than one thousand lakes, big or small, three of which exceed one thousand square kilometers. The lakes in Tibet are divided into exorheic lakes and endorheic lakes. The former came into existence as a result of mudslide, volcanic eruption and melted snow or glaciers and the latter were formed by continuous crustal movement and were mainly distributed in the north and south of Tibet. They include:

Located the northwest of Lhasa, Namtso Lake is the highest saltwater lake in the world with the 4,718 meters above the sea level. As one of the largest lakes in China, it covers an area of 1,920 square kilometers, with 70 kilometers in length from east to west and 30 kilometers in width from south to north. It is also the hottest attraction in Tibet.

Yamdrok Lake about 4,441 meters (14,570ft) above sea level is one of the three holy lakes in Tibet, together with Namtso Lake and Lake Manasarovar. The lake with an area of 621 square kilometers and the unknown depth is fan-shaped, spreading to the South but narrowing up to the North.

Lake Manasarovar is Tibet’s holiest lake. It is located in far western Tibet, not far from the sacred peak of Kailash. Buddhists consider Lake Manasarovar to be associated with the legendary lake Anavatapta, which is where the mother of Buddha (Maya) is believed to have conceived Buddha. 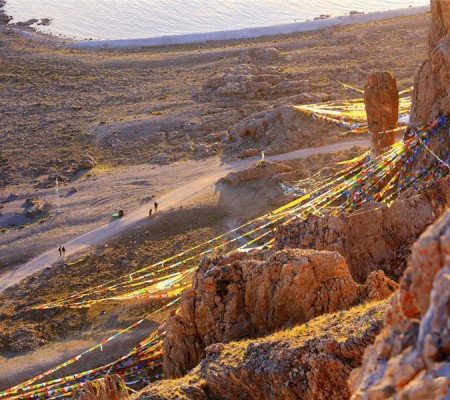 Tashi Dor (30.774°N 90.891°ECoordinates:  30.774°N 90.891°E) is a peninsula protruding into Namtso Lake from its south-eastern corner, in the Tibetan Regionof China. On the peninsula is a small monastery and several hermit caves. Nomadic herders frequently... 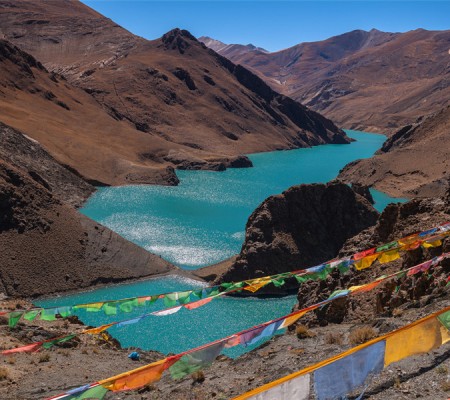 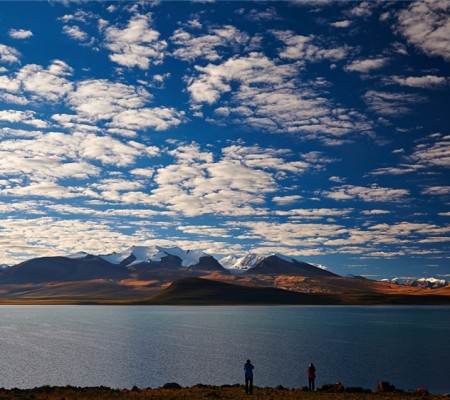 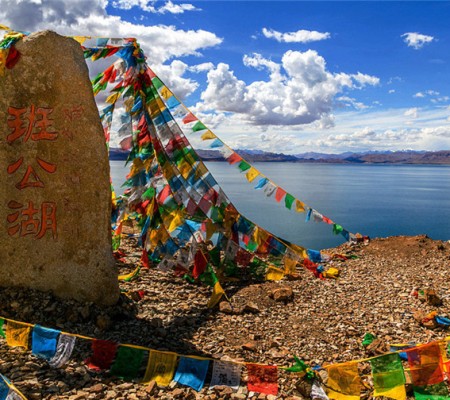 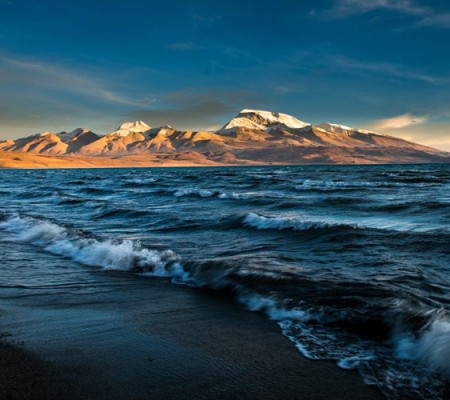 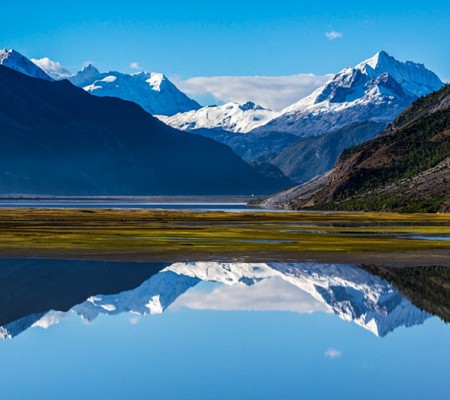