Lhasa Gonggar Airport is the airport serving Lhasa, the capital city of the Tibet Autonomous Region, China. It is about 62 kilometres (39 mi) southwest of the city in Gonggar County of Shannan. The airport is close to the road to Tsetang, the seat of Nedong District and the capital of Shannan.

At an elevation of 3,570 metres (11,710 ft), Lhasa Airport is one of the highest in the world. It was built in 1965, a second runway was built in 1994, and terminal facilities were upgraded in 2004. All flights to and from Lhasa Gonggar Airport are handled by seven Chinese-based airlines: Air China, China Eastern, China Southern, Shenzhen, Hainan, Sichuan, and Tibet Airlines, including Beijing, Chengdu, Shanghai, Guangzhou, Chongqing, Xian, Xining, Kunming, Diqing, Changdu, Hangzhou.

During peak season (roughly April to October), there can be as many as 40 domestic flights every week to and from Gonggar. Only one international route to and from Kathmandu is available at present, which fly a once or twice weekly (depending on the season).

Nyingchi Mainling Airport is an airport in Mainling, Nyingchi, Tibet Autonomous Region, China. It is suggested to be one of the most challenging instrument approaches in the world, since the airport is in a winding valley.

Nyingchi Airport is the third airport that Tibet has put into operation, 400km away from Lhasa. It’s known as one of the world’s most difficult airports for aircraft to reach. The narrowest flight path is less than 4 km from one mountain ridge along the valley to the opposite one. According to meteorological data, there are just 100 days overall with suitable weather to operate to the airport each year. The flight routes include Chengdu—Nyingchi; Chongqing—Nyingchi; Kunming—Nyingchi, etc.

Construction of Shigatse Airport started in 1968 and was completed in 1973. It was solely for military use until 2010, when a 532 million yuan expansion was completed. On 30 October 2010, the airport was opened as the fifth civilian airport in Tibet.

It is a dual-use military and civilian airport serving Shigatse, the second largest city in Tibet Autonomous Region, China. It is located in Jiangdang Township, 43 kilometres (27 mi) from Shigatse. Situated at an elevation of 3,782 metres (12,408 ft), it is one of the highest airports in the world. There are only several flights to Shigatse from Chengdu, Xi’an, and Shanghai mainly operated by Tibet Airlines and Air China.

Situated at 4,274 m (14,022 ft) above sea level, Gunsa Airport is the fourth highest airport in the world after Daocheng Yading Airport, Qamdo Bamda Airport, and Kangding Airport. Also known as Ali Kunsha Airport, it has a 4,500-meter runway. It is expected to handle 120,000 passengers by 2020. It started operations on 1 July 2010, becoming the fourth civil airport in Tibet after Lhasa, Nyingchi, and Qamdo airports. Currently, the airport offers flights connecting Lhasa, Chengdu, Urumqi and Kashqar.

Chamdo Bangda Airport, a civilian airport, also called Qamdo Bamda Airport, was formerly the highest airport in the world. It was surpassed by Daocheng Yading Airport, with an elevation of 4,411 m. It is located in the village of Bamda (Bangda),  2.5 hours by road from the county seat of Qamdo. It still has the longest publicly used paved runway in the world, at 5.5 km (3.4 mi), a necessary feature due to the reduction in engine and lift performance that aircraft are subject to at altitude, requiring higher than normal lift-off speeds and therefore longer take-off (and landing) runs. Domestic flight to Bangda Airport includes Chengdu-Chamdo, Chongqing-Chamdo, Lhasa-Chamdo, etc.

Shannan Longzi Airport(山南隆子机场 in Chinese) is located in Lhunze County of Shannan....

Nagqu Dagring Airport (Chinese: 那曲达仁机场) is a planned airport that will serve Seni in the Nagqu of Tibet. It is expected to cost 1.8 billion yuan (263 million US dollars) and cover an area of 233...

Qamdo Bangda Airport is a civilian airport located on Bangda Grassland, Baxoi County, Qamdo City, Tibet. It is 136 kilometers from Chengguan Town, the capital of Qamdo City, and... 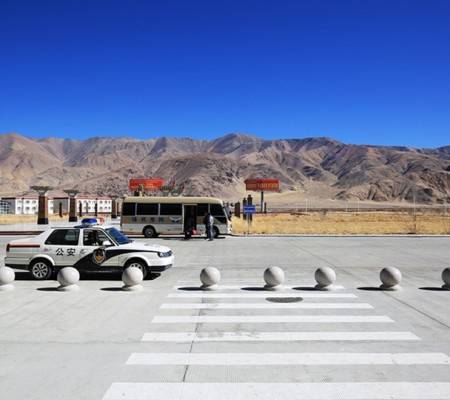 Ngari Gunsa Airport is a grade 4D class dual-use airport in Ngari prefecture, Tibet Autonomous region, located in the southwest of Shiquanhe Town(狮泉河镇), the government seat of Ngari. With... 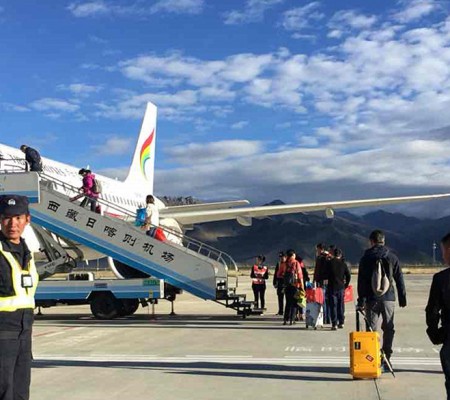 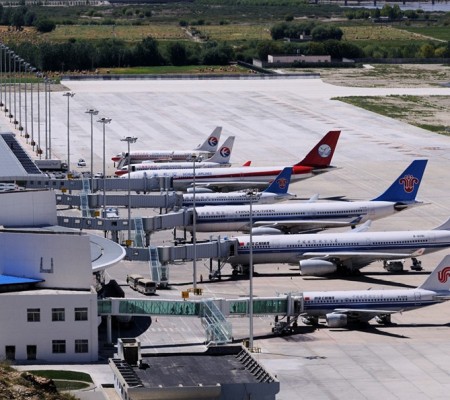 With an elevation of 3569.5 meters, Lhasa Gonggar Airport is one of the highest airports in the world, and is a 4E class civilian airport serving Lhasa, the capital...