Tibet, located on the high-altitude plateau of the Himalayas, was isolated from the rest of the world for centuries until recently. Bordering Nepal and India, Tibet used to be a remote place, requiring weeks of riding cattle and horses to reach and then weeks to leave the area. Now Tibet is much easier to get to, with new roads, railways and five airports that receive flights from all over China. One is Lhasa Gonggar International Airport, which receives flights from Nepal. Of all the highways leading to Tibet, four main highways lead from all over China to Tibet and one from the Nepalese border to Lhasa, the capital of Tibet.

Being the highest and longest asphalt road in the world, Qinghai-Tibet Highway starts from Xining of Qinghai Province and ends at Lhasa. With the length of 1937 km, it is the main road to Tibet due to the great scenery and good road condition, which is open to traffic all year round. Along the road, there are prairies, salt lakes, mountains, deserts and other natural landscape.

The Qinghai-Tibet highway, the main road to Tibet, is the oldest of all the roads extending from Lhasa, like a spider’s web. The total length of expressways from Beijing to Lhasa is about 3,901 kilometers, while the final stretch from Xining, the capital of Qinghai Province, to Lhasa is only 1,937 kilometers, slightly less than half the total length.

Starting from Chengdu and ending in Lhasa, Sichuan-Tibet Highway is the most precipitous highway in China. It is the most popular self-driving route to Tibet among Chinese travelers. On the way, it passes Ya’an and Kangding. There are the south line and the north line.

Yunnan–Tibet Highway is asphalted, which links Dali and Markam via Jianchuan, Zhongdian, Deqin and Zhikang. Running along the Hengduan Mountains, it is a very scenic drive with the total length of 714 kilometers. This highway was built along the “Tea-Horse Ancient Road” which the businessmen and tourists frequented in the ancient times. It’s a less beaten track by passengers.

It is probably one of the most challenging roads in the world. Running from Yecheng of Xinjiang to Lhatse in the Tibet, Xinjiang-Tibet highway runs 1,455 kilometers with harsh and highly unpredictable weather condition. The road is notorius for lacking of oxygen and the high degree of steepness. Travelers are known to have to wear oxygen masks during this stretch, to deal with altitude sickness. Those who take the G219 are usually the ones who inhabit a spirit of adventure.

It is another main road. It stretches 900 kilometers from Kathmandu in Nepal, then passing through Zhamgu Nyalam, Tingri, Shigatse, and finally getting to Lhasa in Tibet. It is about 150 km in Nepal and 750 km in Tibet. There are about 170 unsurfaced road to Tibet. 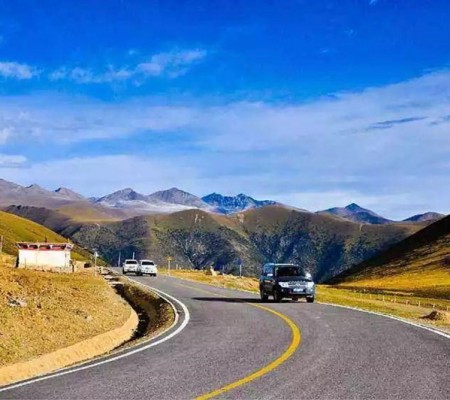 China National Highway 214 (G214) runs from Xining, Qinghai to Jinghong, Yunnan. It is 3,256 kilometres in length and runs south from Xining towards Tibet, and ends in Yunnan Province. It is a national highway with China’s most abundant cultural and...

China National Highway 109 connects Beijing with Lhasa. It runs westwards of Beijing via Datong, Yinchuan and Xining to Golmud before turning southwest to Lhasa. The portion of the highway from Xining to Lhasa is known as the Qinghai-Tibet Highway. The total distance of the...

China National Highway 317 (G317) runs broadly west to east from Chengdu, Sichuan to Naqu, Tibet. It is 2,028 kilometres in length. As of 2017, Highway 317 passes through the highest vehicular tunnel in the... 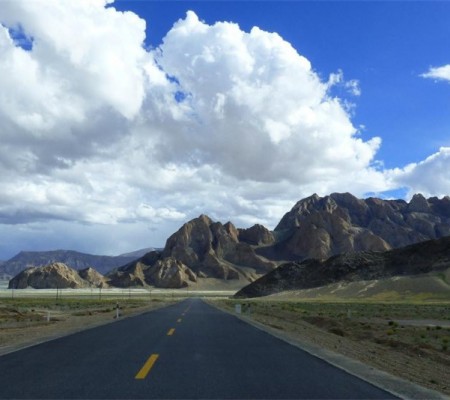 China National Highway 219 (G219) runs along the southwestern border of the People’s Republic of China, from Yecheng (Karghilik) in the Xinjiang Uyghur Autonomous Region to Lhatse in the Tibet Autonomous Region. It is 1,296 miles (2,086 kilometers)... 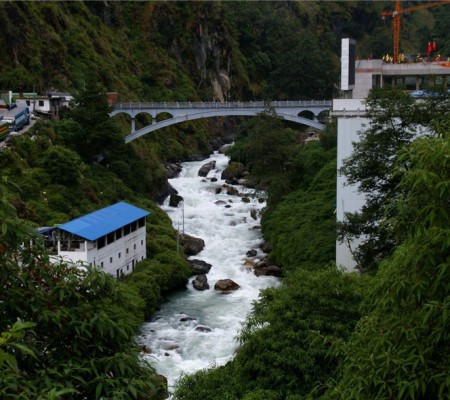 Basic Information about Xinjiang – Tibet Highway The road, also known as China National Highway 219, is 1,296 miles (2,086 kilometers) long. It runs along the southwestern border of the People’s Republic of China,...

Starting from Chengdu and ending in Lhasa, Sichuan-Tibet Highway is the most precipitous highway in China. It is the most popular self-driving route to Tibet among Chinese travelers. As a part...

Basic Information about Qinghai–Tibet Highway Qinghai-Tibet highway is taken as the most important gateway from northwestern China to Tibet. Being the highest and longest asphalt road in the world, Qinghai-Tibet Highway starts from Xining of...