The Sichuan-Tibetan Highway passes by. Standing at the mountain pass at 4,728 meters above sea level, one can admire the sunrise, sea of cloud, endless forest and the grand Namjagbarwa Peak. The Benri La Mountain near the Dagze Village on the western slope of the mountain is a sacred site of the Tibetan Bon Sect and one of the four great holy mountains in Tibet. All year, devotees make pilgrimages to this spot from all areas. Every tenth day of the eighth month of the Tibetan calendar, a grand mountain worshipping activity is held, which is called "Nangbolhasoi," meaning "seeking for treasures from immortals."

▪ Lulang Forest is a typical plateau mountain meadow featuring stunning alpine scenery, located in Lulang Town, Nyingchi County. Nestled between the mountains and glaciers, it has an elevation of 3700 meters, consisting of vast expanse of plants, villages and variety of vegetation, stretching 15km long and 1km wide like a sea of forest from a distance. Decorated with distant clouds and snow-capped peaks, the endless pines feasted all your eyes depicted a wonderful landscape and idyllic scenery. Walking closer to view, it will surprise you more with its tranquil pastoral, blossoming flowers, gurgling streams, marshy grassland, etc. Like its name in Tibetan, meaning a place to forget your homesickness, Lulang Forest indeed delights you with its breathtaking landscape, authentic rural scenery and pure Tibetan lifestyle, lingering long enough in your memory.

▪ Benri Holy Mountain: located in the north bank of Yarlung Zangbu river that has a beautiful legend about its trees in special shapes. The Benri La Mountain near the Dagzê Village on the western slope of the mountain is a sacred site of the Tibetan Bön Sect and one of the four great holy mountains in Tibet. It is located in the southeast of Pulha, north of the Yarlung Tsangpo River. Pilgrimages attract devotees throughout the year. "Every tenth day of the eighth month of the Tibetan calendar, a grand mountain worshiping activity is held, which is called "Nangbolhasoi," meaning "seeking for treasures from immortals. Each year during the Sagadawa Festival the pilgrims will come to worship and circle around the holy mountain." Seven Bon temples were built around the mountain.

▪ Buchu Monastery is a temple in an ancient monastery about 28 km south of the modern town of Bayi, which replaces the old village of Drakchi, in Nyingchi County of eastern Tibet. The two-storied monastery has a striking golden roof which can be seen from afar. There have been only eight monks living here recently. Previously the temple contained images of the Eight Manifestations of Padmasambhava, and the upper floor had eight images of Amitayus which have not yet been restored. The lower part of the large Padmasambhava downstairs survived, and still contains the zungjuk or mantra-core.

The monastery belongs to the Nyingmapa sect, translated as the Ancient Ones; their lineages go back to the first infusion of Buddhism from India to Tibet in the 7th century CE. The Nyingma sect incorporated many of the traditions of the native Tibetan Bon religion, which respects nature and local nature spirits. 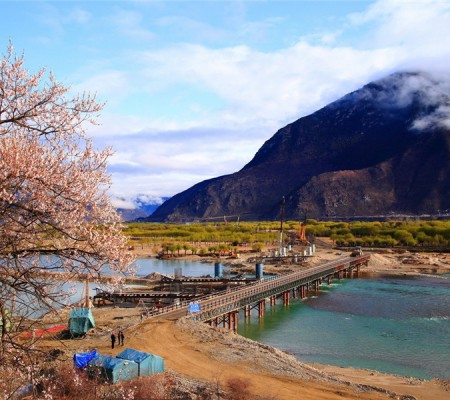 Nyang-chu Valley is the valley of Nyang River in Nyingchi. The Nyang River is a major river in south-west Tibet and the longest tributary of the Yarlung Tsangpo River. The Nyang... 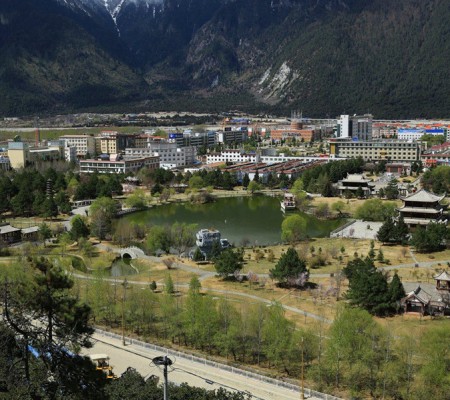 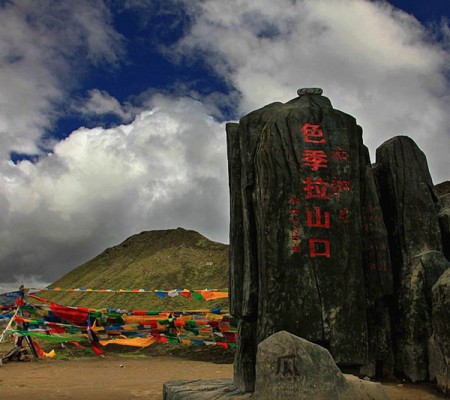 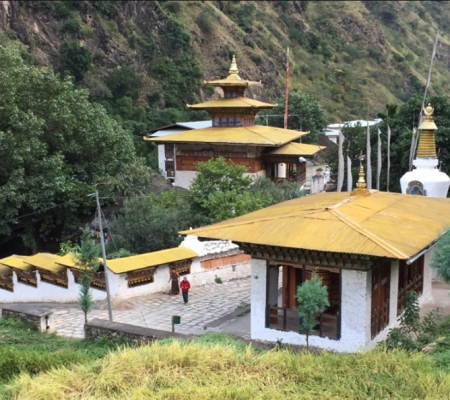 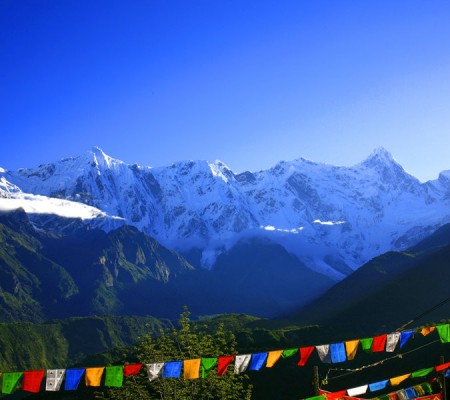 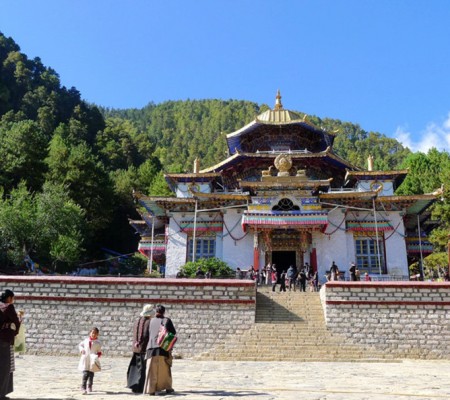 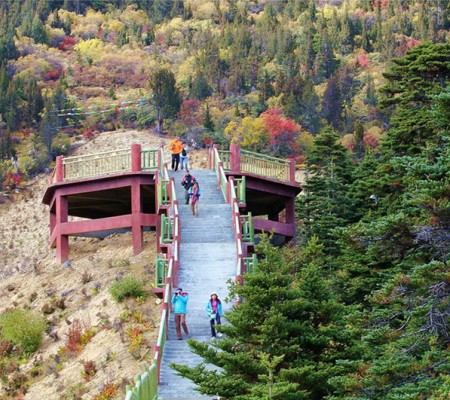