The main attractions in Dagze County include the monasteries, Ganden Monastery（甘丹寺） and Yerpa（扎叶巴寺）, and the Dagze Bridge as well as the Lhasa River.Visitors can have an extraordinary view in the county.

Ganden Monastery（甘丹寺） is one of the great three Gelug university monasteries of Tibet, China. It is in Dagzê County, Lhasa. The other two are Sera Monastery（色拉寺） and Drepung Monastery（哲蚌寺）. Ganden Monastery was built after 1409 at the initiative of Je Tsongkhapa（宗喀巴）who’s the founder of the Gelug sect（格鲁派）, the most important one among the four sects: Gelug sect（格鲁派），Kagyu sect（葛举派），Nyingma （宁玛派），and Sakya sect（萨迦派）. It is situated in Dagze County, 57 kilometers from Lhasa City. There are Buddha halls, palace residences, Buddhist colleges and other buildings in the monastery.

The monastery was destroyed after 1959, but has since been partially rebuilt. Another monastery with the same name and tradition was established in Southern India in 1966 by Tibetan exiles.

Yerpa is only a short drive to the east of Lhasa, Tibet, and consists of a monastery and a number of ancient meditation caves that used to house about 300 monks. Dra Yerpa which has a history of over 1500 years is located on a hillside in Dagzê County. The entrance to the Yerpa Valley is about 16 kilometers northeast of Lhasa on the northern bank of the Kyichu（Lhasa River）. From there, it is another 10 kilometers to the famous ancient meditation caves in the spectacular limestone cliffs of the Yerpa Valley. There is an ancient sky burial（天葬）site opposite the main caves. The famous legendary hero Gesar of Ling（格萨王） is said to have visited the valley. The holes his arrows left in the cliffs are believed to be evidence of his presence.

The Yerpa is full of natural reiki with the tall and verdant pine trees on the hill and the trickling down streams as well as the. The spring and summer in Yerba are full of brilliant flowers with the singing of the lively birds.

Dagze Golden Pond Ecological Scenic Spot is located in the territory of Dagze County, 29 km distance from Lhasa, covering an area of 1.9 million square meters (including wasteland and water area). Six kilometers east of Dagze County, it is located in 318 State Road, Lalin expressway（拉林高速路） and along the Lhasa River with a very convenient transportation.

Here is beautiful Lhasa river valley scenery, aspen forests, wetlands, ecological fish ponds and other natural ecological resources integrated with the characteristic of rural cultural landscape, which forms an imposing and amazing golden pond scenic area. The golden pond in summer will dance in the shadows of the aspen trees. While in the autumn, visitors can view the gorgeous colors and the pleasing scenery of the clear and pure Lhasa River reflecting the blue sky, the changeable clouds, and the golden aspen trees.

The Dagze Bridge is a one-lane suspension bridge in Dagzê, Tibet. At the time of its completion in 1984, it was the longest spanning bridge in China with a main span of 500 m. The bridge crosses the Lhasa River 30 km east of Lhasa.

The Lhasa River is a northern tributary of the Yarlung Tsangpo River（雅鲁藏布江）in the south of the Tibet Autonomous Region of China. The Yarlung Tsangpo is the upper section of the Brahmaputra River（布拉马普特拉河）. The Lhasa River is subject to flooding with the summer monsoon rains, and structures have been built to control the floods. In its lower reaches the river valley is an important agricultural area. The city of Lhasa, named after the river, lies on the river. There are two large hydroelectric power stations on the river, the Zhikong Hydro Power Station (100 MW) and the Pangduo Hydro Power Station (160 MW).

Sanga Monstery（桑阿寺）, about 20 km from Lhasa City, is located in the old city center of Dagze County. The monastery built in 1419 AD by Tsongkhapa（宗卡巴）, so far has a history of 587 years. It belongs to the Gelug sect（格鲁派） of Tibetan Buddhism. According to the religious history practice, Sanga Monastery is the jurisdiction of the Ganden monastery. Sanga Monastery which looks old is not large with the elegant and wonderful surrounding scenery and environment.

The Dazi Bridge is a one-lane suspension bridge in Dagzê, Tibet. At the time of its completion in 1984, it was the longest spanning bridge in China with a main span of 500 m (1,600 ft). The bridge crosses the Lhasa... 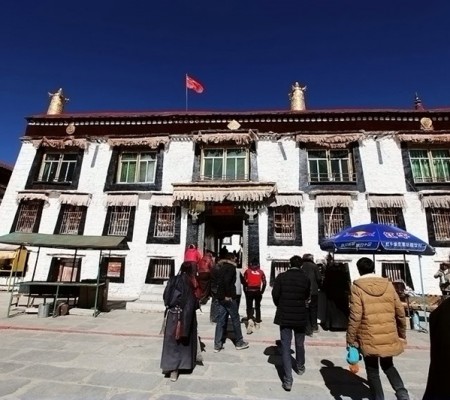 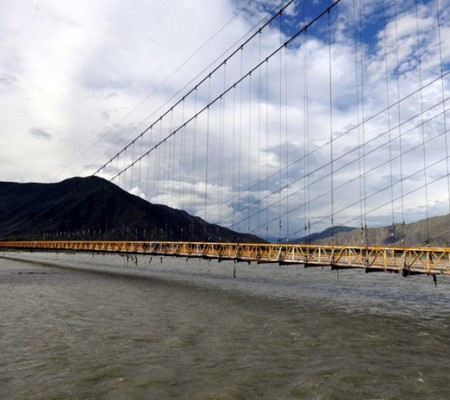 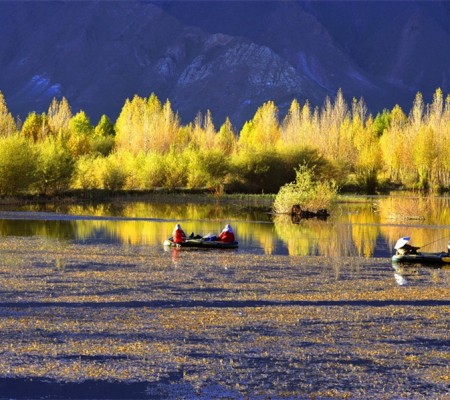 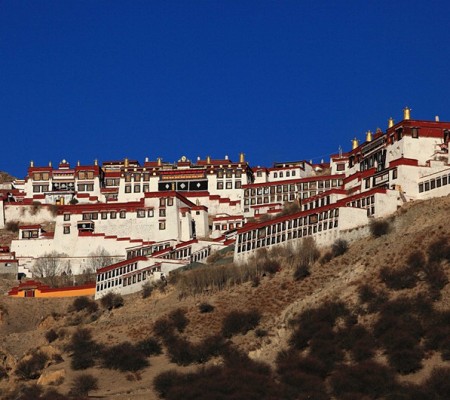 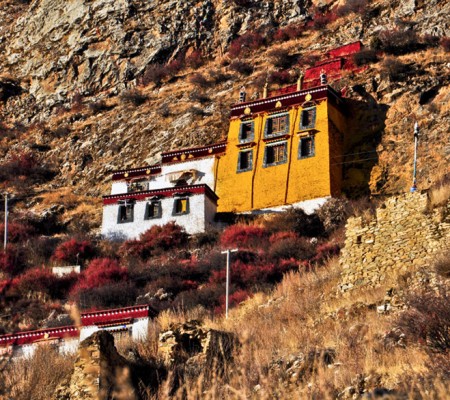