Qamdo Bangda Airport, also known as Bamda Airport, is located about 174 km from downtown Chamdo, about 3 hour’s drive. It is the world’s highest civil airport, has the longest airport runway, and is influenced by bad weather. At present, it has air connections to Lhasa and Chengdu (on Monday, Wednesday and Saturday). In addition, the flight from Lhasa to Chengdu departs Bangda Airport on Tuesday noon. The flight from Chengdu to Lahsa departs Bangda Airport on Thursday morning. Shuttle buses to the town are available. A taxi from the airport into the town costs around CNY 250 to CNY 300.

Chamdoo can be reached by bus from Chengdu, Lhasa, Mangkang, Chayu, Nagqu, Nyingchi, Bowo and other places, vice verse. Then visitors can have a shuttle bus to Dengqen County.

Most of the public bus are midibus and charge CNY1.

China National Highway 317 (G317) runs broadly west to east from Chengdu, Sichuan to Naqu, Tibet. It is 2,028 kilometres in length. As of 2017, Highway 317 passes through the highest vehicular tunnel in the... 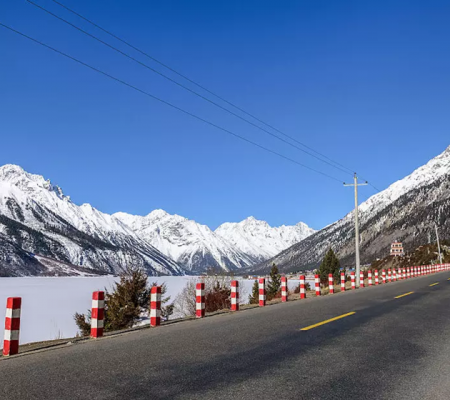 How to Get to Dengqen County from Qamdo City (Karub District)

How to Get to Dengqen County from Qamdo City (Karub District)...

How to Get to Dengqen County from Lhasa City

How to Get to Dengqen County from Lhasa City...