● Shiquanhe Town: The town gained this name as it sits by the Shiquan River which is the upper reaches of the Indus River. The river banks of Shiquan used to be barren. When the Xinjiang¬Tibet Highway opened for transportation in 1964, military camps and simple public facilities were built. In 1966, the Administration Office of the Ngari Prefecture moved here and started creating a town out of barren field. In 1988, the Gar County government also moved here. "Gar" means "tents." It is so-named because the place used to be a military station. The town sitting at an elevation of 4,255 meters accommodates a population of 12,000.

●Gurujia Monastery: Located in Gar County，Gurujia Monastery（古如甲寺） was founded by the master Jochon - jean - jang-jay（琼钦-·晋美朗嘎多杰） in 1936 AD. The main buildings are Kantong Lakang（卡洞拉康）, Zulacang（祖拉康）, Zangkang（藏康）, and Gadanju Lakang（噶丹居拉康）, etc. There enshrines the stone statue of the Janba Nanka（珍巴南卡） in the monastery and 12 Tangka（唐卡）. In addition, there is also Buddhist pagodas, Bon classics, and dharma-vessel and so on. The monastery was destroyed during the Cultural Revolution and rebuilt in 1983.The current abbot of the monastery Gelong Danzeng Wangzha（革龙单增旺扎）is a famous Tibetan medicine expert in Ngari area.

● Zhaxigang Monastery（扎西岗寺） is located in a small hill on Zhaxigang Town, Gar County. The monastery which was created by Lada Dacanwa was transformed to Gelug sect in the 17th century, belonging to the sub-monastery of Sera Monastery. The monastery was destroyed during the period of the Cultural Revolution and rebuilt in 1985.

● The Xiage Balin Monastery（格巴林寺） is located in Gar County with the meaning of atonement in Tibetan language. The monastery is said to be the confession monastery built for Gandan Cewang（甘丹策旺） during the end of his military life. It was once the largest monastery in Ngari area containing with more than 300 monks and 250 houses, with 315 pillars in the largest Zulakang (祖拉康).

● Sênggê Zangbo is the name of the Indus river in Tibetan. It flows through the Ngari Prefecture in Tibet Autonomous Region, China. The capital city of Ngari, Shiquanhe, is also called Sênggêzangbo after the river.

The source of Sênggê Zangbo is within Gêgyai County, Ngari Prefecture, not far from the Mount Kailash.The river drains an area of 27,450 km2, and covers a length of 430 km. Main tributaries include Gar Tsangpo.

● Gar Tsangpo or Gar River is in Ngari, Tibet, China. This river is a tributary of the Sênggê Zangbo (Indus River), which it meets at the town of Shiquanhe. The source is south of Gangdise Range, in Ngari Prefecture. Its course is mainly in the Gar County. The river drains an area of 6,060 square kilometers, and stretches a length of 196 km.

● Guola Zesong Peak（郭拉则松峰） is located at the junction of Gar County and Zanda County, southwest of Gar County. The peak which covers with the perennial snow is 6,112 meters above sea level. There are good natural pastures with yaks, cattle-yak, scalpers and sheep at the foothills.

● Nacha（纳查 ） is also known as Namozha, meaning "black flower mountain". It is located in the southeast of Gar County. The foothills are natural pastures with yaks, cattle-yaks, cattle, sheep, goats, horses and other livestock. 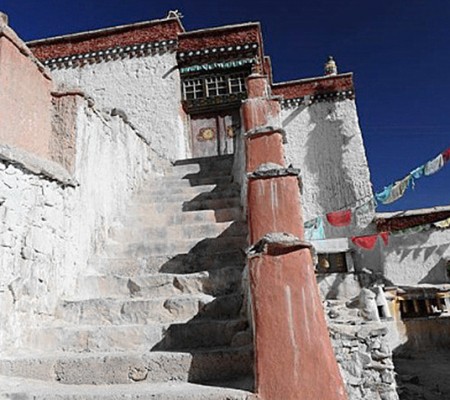 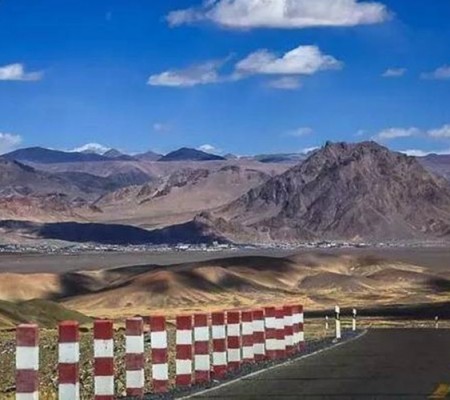 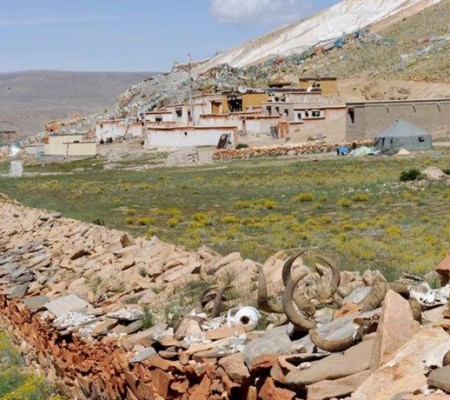 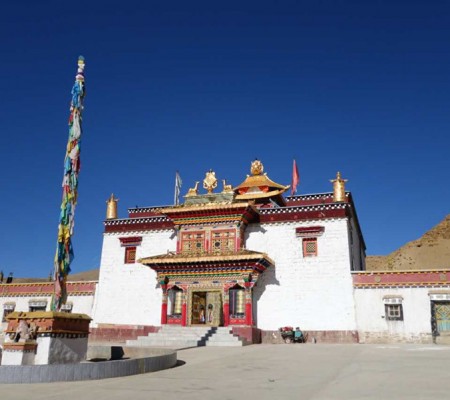