▪ Dorjezha Monastery（多吉扎寺）, situated on a hilltop, blends well with the rock setting and is named after the rock known as Vraja, the green coloured gemstones found behind the monastery. The literal meaning of ‘Dorjezha’ is “Diamond Hill.” It was initially built on modest lines, on the right bank of the Yarlung River by a wealthy local man known as Doxie Dorje. The monastery was destroyed completely in 1717 during Zungar invasion of this area. It was, however, rebuilt in 1718. Further, the monastery was supported by the Fifth Dalai Lama and consequently, it underwent major improvements and became one of the famous monasteries of Tibet.

▪ Mao Zedong statue(毛泽东塑像）: A large statue of Mao Zedong has been installed in the Gonggar County in Gonggar town. The statue was erected by contributions made by the people of Hunan Province, where Mao was born. The statue, erected in honor of the Chairman Mao, was in gratitude for the people of his hometown. The statue is erected on a 5.16 meters (16.9 ft) pedestal is 7.1 meters (23 ft) tall and weighs 35 tonnes and made in granite. It cost 480,000 yuan (US$60,000).

▪ Gyaideshiu town（杰德秀镇） (also spelt Jiedexiu Town) is famous for the Gyaideshiu 'Bangdian' apron not only among women in Tibet but also is in demand in Nepal, India, Bhutan and Western Europe. The town is located in the county, 16 kilometers (9.9 mi) to its east on the highway towards Zetang.[9][12] Bangdian" is an apron of China's Tibetan ethnic group with historic heritage of 1,500 years of hand weaving. This weaving technique is designated as "China's state-level intangible cultural heritage."

▪ Tudanremai Monastery（土旦热麦寺）is a key monastery of Sakya sect which is located in Gonggar County. It was once destroyed and began to be repaired in 1986. Now there are more than 40 monks in the monastery with a big scale.

▪ Quguori Mountain（曲果日山）on the south bank of Qushui Bridge is one of the four sacred mountains of Tibetan Buddhism, which is known as the "source of happiness in Tibet".

岗巴拉山口Along the way you cross the Kamba la (4794m) and the Karo la pass (5010m), both grant spectacular views. After the Kamba la you come to Yamdrok tso, also... 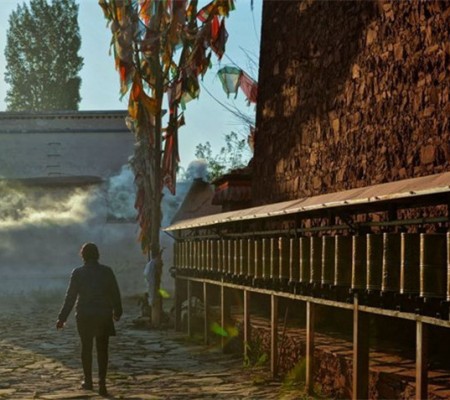 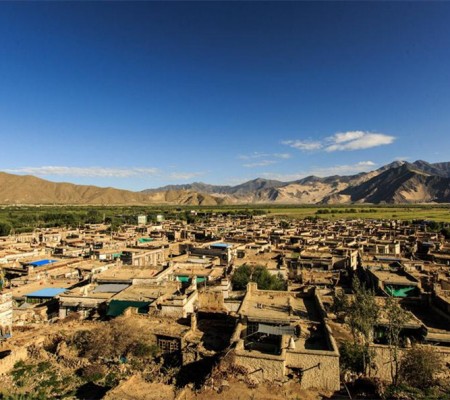 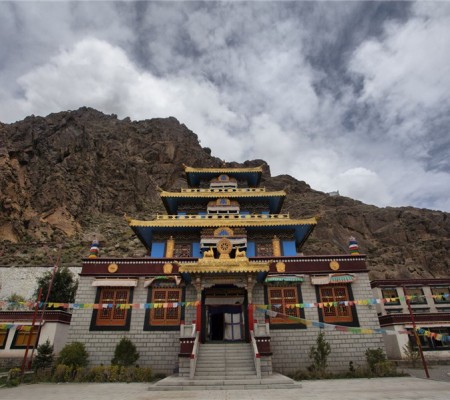