Located in the southern part of the Tibetan Autonomous Region, Gyangze County lies in the east of the Shigatse area, to the north o the Himalayas and on the upper reaches of the Nyang Qu River, a tributary of the Yarlung Zangbo River. It extends from Naiqenkangsang Mountain in the east to Bainang County in the west, Kangma County in the south, and Rengbo County and Shigatse City in the north.

Gyangze possesses a many cultural relics and historic sites, helping to promote tourism. Major tourist attractions include Palkor Monastery, which is also known as the "100,000-Buddha Dagoba", the Historical Site of Tibetan Resistance Against the British Invaders at Zong Hill, Parlha Manor, which is the only one of its kind kept intact in Tibet today, Naiqenkangsang Snow Mountain famous for its glacier ruins, and the Manlha Water Works which integrates power generation and irrigation with flood control.

The Palkhor Chode Monastery: Palkor Monastery, which is also known as the "100,000-Buddha Dagoba", the monastery was built in the early 15th century, and included the Sakya, Gdams and Gelug sects of Tibetan Buddhism. The monastery and the stupa set off each other, reflecting the unique charm of architectures.
Gyantse Kumbum (Pelkor Chorten): Located within Pelkor Choede, eight story structure with Buddhist images and statues with extremely detailed features. The second floor is the most interesting floor!
Gyangze Old Street: Gyangze Old Street is located in Gyangze County.
Dzong Fortress(Gyantse Dzong, 江孜宗山抗英遗址): Gyantse Dzong Zongshan Anti-British site is located at No.1 Zongshan Mountain on the city. 1903 (Guangxu period twenty-ninth year) British army invaded Tibet from the east of Asia and resisted by the Tibetan people.
Manla Reservoir: The color of the lake is wonderful. Everywhere there are colorful flags and the scenery is fascinating.
Pala Manor: Pala Manor is a well-preserved serf manor, located in Gyangze County of Shigatse as the epitome of Tibet’s past.
Sangzhu Zizong Castle: There is a small plaque near the top commemorating the Tibetans who refused to surrender to the British (in 1903/1904) and leaped to their death. 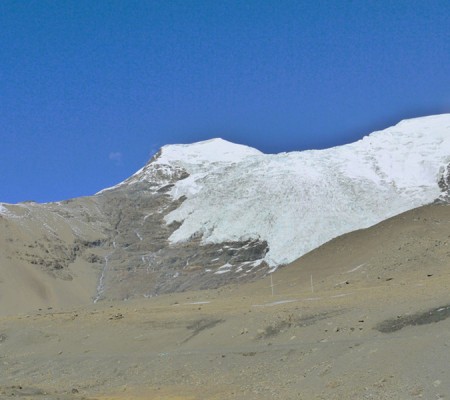 Kumbum has nine floors or tiers and each tier has unique chapels. The 76 chapels have images that form “a progressive hierarchy of three-dimensional manadalas, as outlined in the...