Lhünzhub County, also called Lhundrub or Linzhou County, is a county in Lhasa prefecture-level city towards the north-east of the main center of Lhasa, Tibet, China. The southern portion, the Pengbo River Valley, contains fertile arable land, while the colder and more mountainous northern portion primarily supports grazing. The county has many monasteries, including the Reting Monastery.

Attractions of Lhünzhub County
Reting Monastery(热振寺): Reting Monastery is a historically important Buddhist monastery. It has a ruined dzong which is overlooked by a mountain of near-perfect conical proportions. During special festivals, kinds of activities are taken place lively.
Bird Watching: Thousands of black-necked cranes start to fly towards Lhünzhub County from the beginning of December. Here is a paradise for birds. Lhünzhub county in Lhasa is the best place for bird-watching in Tibet winter.
Hutoushan Reservoir(虎头山水库): lies in Qangka Township(强嘎乡). The reservoir is bordered by large swamps and wet meadows, and has abundant plants and shellfish.
The Lhasa River(林周拉萨河): also called Kyi River, is a northern tributary of the Yarlung Tsangpo River in the south of the Tibet Autonomous Region of China.
Puyanggangqin Peak(普央岗钦峰): Pu means dare to do; Yang means slabstone, scabbling; while gangqin means heavy snow, so the whole name is meaning the people who dare to struggle for their freedom in the slabstone snow area.

There is a small hydropower station in Lhünzhub town. The Pangduo Hydro Power Station became operational in 2014. It impounds the Lhasa River in Pondo Township, about 63 kilometres from Lhasa. The reservoir holds 1,170,000,000 cubic metres of water. The power station has total installed capacity of 160 MW, with four generating units. It has been called the "Tibetan Three Gorges". 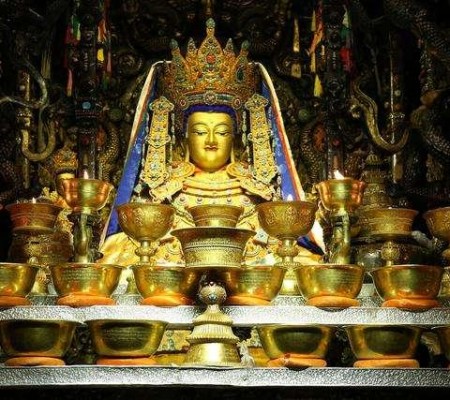 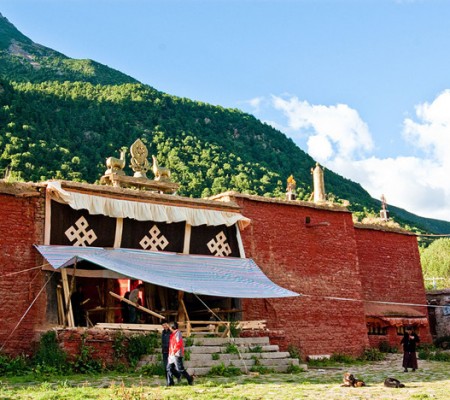