▪ Parchode Monastery(巴尔曲德寺) : Located in Dolpa Village of Nang Town, Nang County of Nyingchi, Parchode Monastery is 18 kilometers away from Nang County. Being on an elephant-trunk-like mountain on the north bank of the Yarlung Zangbo River, it is in the vicinity of Chongkang Manor, the birthplace of the 13th Dalai Lama. It is the largest temple in Nyingchi. The original platform where the temple lied was reminiscent of a stack of printing plates, so it was called “Parchode Monastery” (refers to “a stack of printing plates”). It is also understood as “white pagoda on terrace”.

▪ Lieshan Ancient Tomb Complex（列山古墓群）is located at the side of Linqiong Road（林邛公路）, Jindong Township（金东乡）, Nang County with an altitude of 3,200 meters. The complex is very magnificent with the peculiar building structure. The tomb reflects the burial system and burial level in Tibet over 1,000 years ago, which is of great value for the study of the rise and fall of the Tubo Regime. At the same time, it is of great significance to study the history of Tibet and the paleoclimate as well as the paleoenvironmental changes of the Qinghai-Tibet plateau. In 2000, it was listed as a national key cultural relic protection unit.

▪ Zili Monastery（孜立寺）is situated in Dengmu Township（登木乡） which is in the southwest of Nang County, Nyingchi Prefecture. The monastery which belongs to Nyingma sect was built in 1677 with the early name of Zilisanga Pozhang（孜立桑阿颇章）. There are some statues of the padmasambhava（莲花生）and other Buddha in the monastery. The most distinctive feature of the monastery is the religious activity, which is called Zili Wangqiamgmu（孜立旺羌姆） which is held every May 10th to 11th of the Tibetan calendar.

▪ Chongkang Manor（冲康庄园）is located in Chongkang Village（冲康村）, Nang Town, and 23 kilometers away from Nang County with an elevation of 3165 meters. The overall design of the manor house was built according to the aristocratic manor, with a total area of 7807 square meters. As time goes by, there still remain 25 pieces cultural relics after suffering and destruction. There collects the Tibetan furniture of xiii Dalai（十三世达赖）. Although it was already worn out, but it is still valuable with the very delicate technique of history, art and culture. Through the ingenuity of the past century, we can see the dignity and luxury of previous masters.

▪ Zarisarba Mountain（扎日莎巴山）within Nang County, Nyingchi Prefecture, Tibet is known as the Tibetan Buddhist Holy Mountain with the elevation of 4,827 meters.

▪ Laduozang Lake（拉多藏湖）is located in Zang Village（藏村）, Laduo Township（拉多乡）, Nang County with the elevation of 3700 meters, which is composed with five lakes of different types and scales, including Wangyu Pianzui Lake（万鱼偏嘴湖）, Fengzhaxi Lake（逢扎西湖）, Shenma Lake（神马湖）, Yuanhuan Lake（圆环湖） and Wei Lake（尾湖）. The five small lakes are connected by the stream and form different shapes. They are shaped like crescent and disk, and the lake is formed by mountain spring with a total area of about 6 square kilometers and an average depth of 3 to 4 meters.

▪ Gagong Waterfall（嘎贡瀑布）is located in Gagong Village（嘎贡村）, Nyingchi District, Tibet Autonomous Region, 57 kilometers away from Nang County. There are nine lakes seated in the upstream of the waterfall, which are assembled by the mountain stream, while the largest one is known as the holy lake for the local people. Every year there are local people and the pilgrimages walk around the holy lake for auspicious meaning. 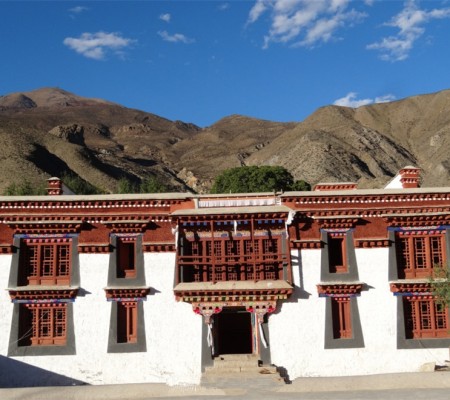 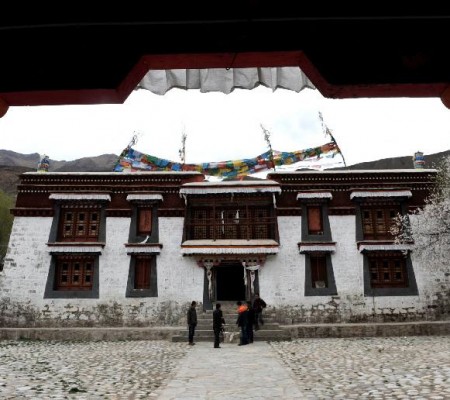 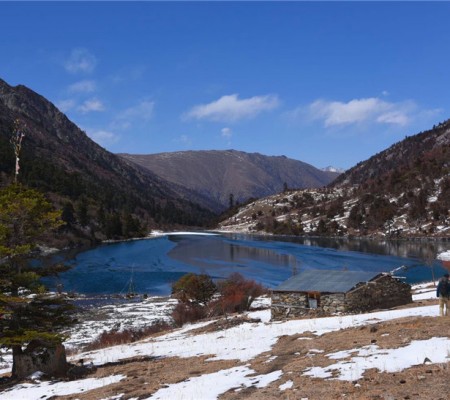 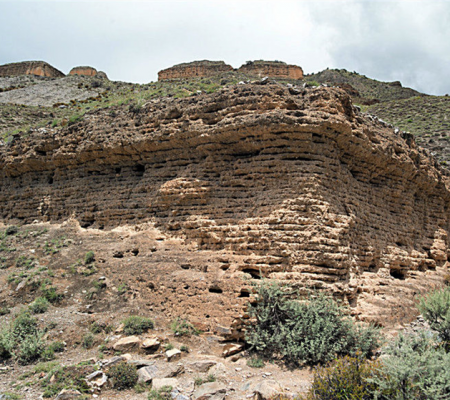