The Ngari Plateau, formed millions of years ago due to the rising of Kunlun Mountains and the orogenic movement of Himalayas Mountains, is called the “roof of the world”. The early history of Ngari civilization dates back to the periods of Zhangzhung Kingdom, Tupo Kingdom, Guge Kingdom, and so forth.

There are 27 ethnic groups living in Ngari, with the Tibetan as the major ethnic population. The other ethnic groups include Han, Hui, Uyghur, Yi, Naxi, Dong, Miao, Li, Bai, Tujia, Bouyei, etc.

In Ngari, the holy mountain and lake are associated with a number of religions: Buddhism, Hinduism, and Bon, attracting numerous domestic and international religious pilgrims and tourists. Within this range Buddhism has flourished and is considered a center for the religion. Kailash pilgrimage is regarded by many followers including tourists as a way to express the faith in Buddhism. Besides the Kailash trekking Kora, visiting monasteries in Ngari is also a good way to know more about the religion culture in Ngari. Like other places in Tibet, Ngari also has many monastries, with Tholing Monastery as the most popular one.  It is the oldest monastery (or gompa) in the Ngari Prefecture of western Tibet. Here is the information about the monasteries in Ngari for your reference.

Ethnic handicraft in Ngari has a long history, and the product has a unique ethnic style and local characteristics, many products enjoys a high reputation both at home and abroad. Handicrafts in Ngari such as prayer flags, Buddha figures, fur hats, bridles, copper teapots,  ethnic costumes, Tibetan knives and jade wares are recommended ones to buy. Burang Wooden Bowl is one of the most famous in Ngari for its exquisite craft.

After the peaceful liberation, with the large number of troops and cadres sent to support Tibet, some modern literature such as poems, essays and novels and modern cultural and artistic forms such as dramas, movies, songs and dances and sketches were introduced to Ngari. Such as military poetry works "birthday night" (生日的夜晚) and documentary literature "celestial burial" (天殉) . After the reform and opening up, the cultural market has also been opened up, and entertainment venues such as game rooms, dance halls and so on have appeared one after another. Ngari culture has witnessed a trend of diversified development.

Ngari's  traditional arts mainly include music and dance, drama and arts and crafts, especially Tibetan music and dance and arts and crafts. Burang County and Zanda County are the birthplaces of Sgor-gzhas (果谐) song and dance. Besides the Tibetan dances like Guozhuang Dance, Xuanwu Dance is the unique one in Ngari. It is also the folk art in Ngari representing the most striking characteristics of the Zhangzhung culture.

Various Tibetan festivals are celebrated in different ways in Ngari, such as Saga Dawa Festival (萨噶达娃节), Wangguo Festival (望果节) and Men's Day in Korjak Village (科迦村男人节). The Men's Day may be the most special one among the festivals in Ngari. It is suggested to visit Ngari during the festivals and enjoy the lively scenes with the local Tibetan people.

Intangible Cultural Heritages and Its Inheritors in Ngari

The History of Mount Kailash in Tibet 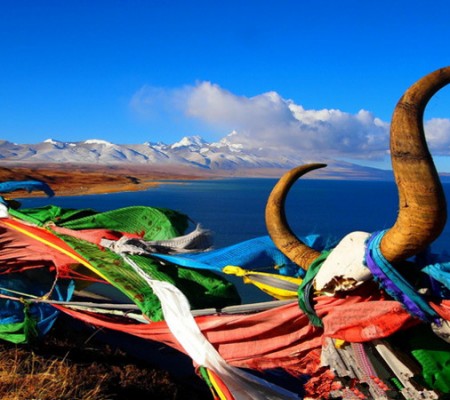 Located in the west of Tibet, Ngari is the ‘roof of the roof of the world’ and the center of world in Tibetan’s mind. The Mount Kailash and Lake Manasarovar  in...