Qamdo festivals and activities tell you what to do during the festival tour in Qamdo, and they will surely enrich your Tibet tour. Tibetan Festivals are traditionally based on lunar calendar. Most of the Tibetan festivals on the Tibetan plateaus are deeply influenced by Buddhism or rich ancestral culture. During the festivals, all the people wear traditional costume and perform different traditional dances and ritual activities. Festival is the best way to experience the diverse culture and tradition of the local and their ethnic affinity.

The Tibetan calendar is a calendar created by the Tibetan people and has a history of more than 1,000 years. On New Year's Day, people bring their offerings and highland barley wine to their own crops to sacrifice the Harvest Goddess. Everyone in the ground set up a long pole, hanging streamer on the top of the pole, and wheat straw bound on the lower. People build an altar in front of the pole, and then simmering mulberry, singing, dancing, begging the Harvest Goddess a booming harvest. There are lots of New Year entertainments. From the beginning of the second day, the men take part in horse racing and archery, the arrow is a wooden cone drilled a lot of holes, when arrows are taken away from the string, people begin dancing and drinking around the campfire.

In Kham, there is a festival which has a long history and a wide range of influence, undoubtedly that is "Zhongque Festval". "Zhongqie Festival", means trade fair, which is a traditional trade-based festival. It is held on June 15 of the Tibetan calendar every year for one month. This set of activities, such as transactions, outing and Kora began in 1326 AD. So far, it has nearly 700 years of history.

Butter Lamp Festival  in Tibet is the last climax of the New Year Festival and the celebration of Monlam Prayer Festival. Lamas and artisans make butter sculptures of different figures, flowers, birds and animals and display them on the shelves at Jokhang Monastery, which are lit by lanterns as night falls. Some people even make the lanterns with a series of stories telling the ancient legends of Tibet. On that day, people will go to temples to burn incenses to worship Buddha.

"Yangle" Festival is a grand festival for Tibetan people. It is held from July 3rd to 15th of the Tibetan calendar, usually at the beginning of September, when autumn harvest in was completed. With the joy of the harvest, people put on their best clothes and brought the best food. The whole family went out to the appointed place to hold a grand celebration. Apart from performing popular "Guozhuang" dance, they mainly sang Tibetan opera, and stayed up all night. Yangle Festival usually starts in early September and ends in mid-September, lasting for more than ten days.

The Tiaoshen Festival was originally a Buddhist festival held on Jan 28th and 29 th of the lunar month. The temple will hold a Tianshen activity on these two days, marking the beginning of spring ploughing and praying for good weather, abundant grain and a prosperous life. Every time when the Tiaoshen activity is performed, the nearby farmers and herdsmen gather at the place to watch performance, thus gradually turning the Buddhist event into a folk festival where Tibetan people exchange culture and do trade fair.

Besides the festivals, there also activities and cultural events held in Qamdo, which are also good opportunity to learn about the local ethnic culture and folk customs.

It is held between May and June in Tibet calendar every year. During the festival, Qamdo people would like to have a picnic outside the downtown and enjoy the performances.

Zhuoma Latso Culture Festival lasts for two days, including singing and dancing, sports activities and local product trade fair. It has contributed to the social and economic development of Lhorong County.

Horse Racing Festival will be held in Jomda, Gonjo, Zhagyab and Baxoi of Qamdo Prefecture from May to June every year in Tibetan calendar. It is in honor of the hero of Gesa King who won the horse racing.

The opening ceremony was held at the Museum of Ancient Tea-horse Road in Yanjing Town of Markam.  The festival includes the activities such as tasting Jiajia noodles in Yanjing and experiencing the special food culture along the ancient road, visiting the Ancient Tea-horse Road Museum, and enjoying the charming scenery of Markam through Lancang River Grand Canyon,  Markam Nature Reserve for Yunnan Golden Monkey and Butuo Lakes.

Nightlife and Entertainment in Qamdo 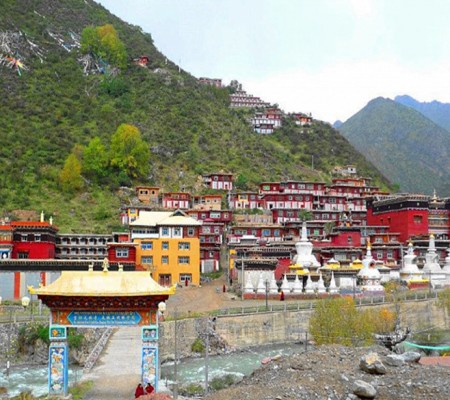