1. The appropriate time to visit Zanda County is July to September which is out of the rainy season. Rains could ruin the road from Lhasa and Yecheng (which is in Xinjiang) to Ngari. It is sometimes the rainy season as early as in May in the Yecheng-part of the Xinjiang-Tibet highway. The conditions of the roads from Shiquanhe Town to the counties in Ngari Prefecture are not good. Since the Xinjiang-Tibet highway will be blocked by snow during winter and spring (from late October or early November to early April), it is impossible to go there during the time.

2. The average elevation of Ngari Prefecture is about 4500 meters, which may cause High Altitude Sickness to some travelers. But according to our years’ experience, travelers can adapt the altitudes well if preparation is made well. Firstly, take a physical examination before traveling to Tibet and pack necessary medicines; secondly, spend some days in Lhasa for acclimatization, then travel to Ngari at a moderate pace; thirdly, keep yourself warm all the time and prevent from catching a cold; fourthly, keep a relaxing mind. Your tour operator will also prepare oxygen supply for emergency use.

3. The Ngari diet belongs to the system of Chiang cuisine. Chiang cuisine tastes salty, light, fresh, sour and delicious. The Chiang food can help people adapt themselves to the cold climate of the plateau. It is expensive for tourists to have dinner in Ngari. Due to the poor conditions along the way to Ngari, tourists should also take along with them some food, such as honey, condensed milk, spices, ship biscuits, canned food, chocolate, fruits (apples), vegetables (such as carrots, cucumbers), drinking water, instant noodles, hams and so forth. 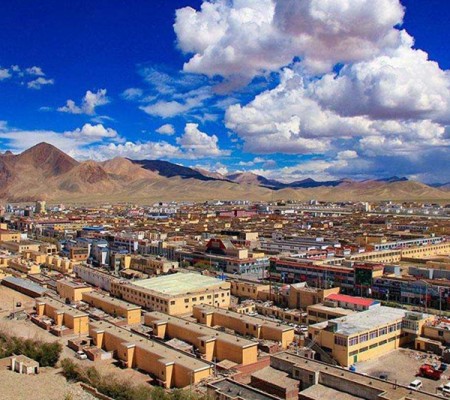 How to Get to Zanda County from Gar County (Shiquanhe Town)...

This article introduces the transportation between Zanda County and Lhasa. Zanda County is a county in the Ngari Prefecture to the extreme west of the Tibet Autonomous Region of China. How to Get to Zanda County...