Mainling County is located in the central-west of the Nyingtri Prefecture of Tibet, at the middle reaches of the Yarlung Tsangpo River, and between the Nyenchen Tanglha Mountains and the Himalayan Mountains. It covers an area of 9,471 square kilometers. The average altitude is 3,700 meters above sea level.

▪ Paizhen Grand Canyon Entrance（派镇大峡谷入口） is 3 Kilometers away from the government of Paizhen Town, Mainling County, at the entrance of the Yarlung Zangbo River Canyon with an altitude of 3,000 meters above sea level. It is also the best viewing point of Mount Namjagbarwa（南迦巴瓦峰）.

▪ The Nanyi Ditch Scenic Spot（南伊沟景区） is located in the south of Mainling County of Nyingchi Prefecture. The ecological environment is well persevered, with humid climate and rich wildlife resources.

▪ Mount Namjagbarwa（南迦巴瓦峰） is the highest mountain in Nyingchi Prefecture. It, soaring 7,782 m above sea level, is situated on the eastern dege of the Himalayan range in southeast of Tibet. Mt. Namche Barwa and Mt. Gyala Peri (7150 m) climbs thousands of feet from 2 sides of Yarlung Tsangpo River, creating the world’s deepest valley– Namche Barwa Valley. The average depth of the valley is 5000 m, with the lowest point 5382 m. In 1994, the Great Canyon of the Namjagbarwa Valley was confirmed as the largest in the world by both the American Geographic Committee and the Guinness Book of World Records.

▪ Qiangna Monastery（羌纳寺） is located in Qiangan Town of Mainling County, which covers an area of 5,088 square meters, with nine monks. The temple belonging to Kagyu sect was originally built in a gutter of Qiangna Township in the 15th century. After the earthquake, it was moved to the present position in 1953 and changed to the Gelug sect.

Other Destinations in Mainling County

Bayi, a wonderful and brilliant district famous for its attractive natural landscapes and brilliant cultural relics, has dozens of attractions to appeal the visitors including: Paizhen Grand Canyon Entrance（派镇大峡谷入口）, Yarlung Zangbu Grand Canyon, The Nanyi Ditch Scenic Spot（南伊沟景区）, Mount Namjagbarwa（南迦巴瓦峰）, Yarlung Zangbu Grand Canyon（雅鲁藏布大峡谷）, Qiangna Monastery（羌纳寺）, etc. ▪ Paizhen Grand Canyon Entrance（派镇大峡谷入口） is 3 Kilometers away from the government of Paizhen Town, Mainling County, at the entrance of the Yarlung Zangbo River Canyon with an altitude of 3,000 meters above sea level. It is also the best [...] 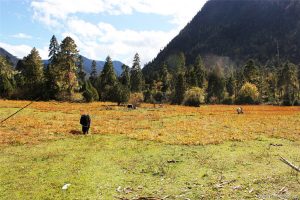 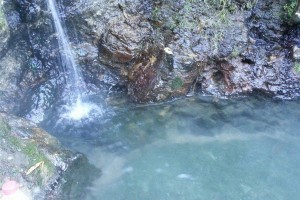 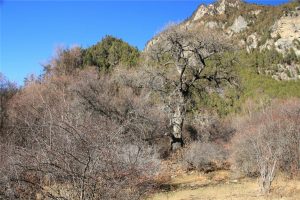 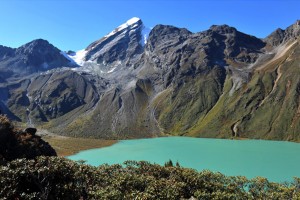 Mainling County tours not only allow you to explore the brilliant Tibetan culture & authentic Tibetan customs, but also allow you to appreciate the natural charm of Tibet. We list the following Mainling tour packages that may interest you. Tailor-made tours are flexible and based on your personal preference. Mainling group tours are also available, which covers the popular tourist sites in Tibet. Start your trip to Mainling County now. Here we list some attractive highlights in Mainling County for visitors to have a reference, including: Paizhen Grand [...]

1. Car-- You can drive all the way from Lhasa to Bayi Town. It’s about 440 km in all. Then drive along the Niyang River to Mainling County.  2. Boat-- The boat starts in Bayi Town. The round way ticket is about CNY 580 per person. 3. Trek-- Most trekkers start in Mainling County and trek along Yarlung Tsangpo River to the lower reaches. 4. Bus-- Take a bus at Lhasa Station to Bayi, which leaves at 8:00 in the morning at earliest about [...]

Gongbu Festival Gongbu Festival（贡布节） is celebrated every October first in Tibetan Calendar in many places of Nyingchi Prefecture including Mainling County. During this festival, Tibetan people will observe some brilliant activities such as casting out the devils, inviting their dogs to eat the new year dinner, enjoying special Tibetan food Jieda（结达）, carrying water home from the river and enshrine the goddess of the harvest, etc. Saga Dawa Festival Saga means “the fourth” and Dawa refers to “month” in Tibetan. This festival is celebrated [...]

Best Travel Time to Mainling County Autumn is the best season to travel there. The climate is relatively dry and clouds are fewer than before in Autumn. Then you can have a clear visibility of this beautiful county. During the end of March and early April, you can see peach blossoms in Nyingchi. Alpine azalea blooms in May and June. Best Shooting Time The prime time of shooting is within an hour before sunset. It is very difficult to gain ideal light [...] 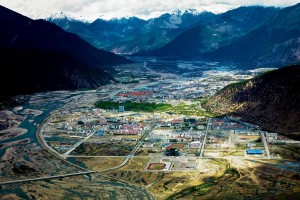 How to Get to Mainling County from Nyingchi City (Bayi District) 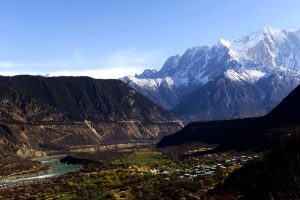 How to Get to Mainling County from Lhasa City

How to Get to Mainling County from Nyingchi City (Bayi District) 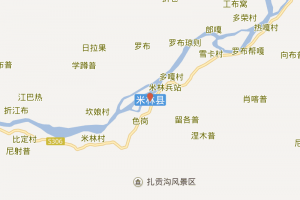 How to Get to Mainling County from Lhasa City

Visitors can choose lots of hotels varied from budget one to five star in Mainling County. Most of the hotels in Mainling County provide high-qualified service. The prices are reasonable and all-inclusive. You can enjoy different style of breakfast, a western breakfast or a Tibetan breakfast. Parking is out of charge and free wifi is equipped. The considerate services would make you relax and comfortable. No matter where you stay in Nyingchi, you won’t miss any attractions of your journey.  Brother Inn: Located in the Daxiagu [...]