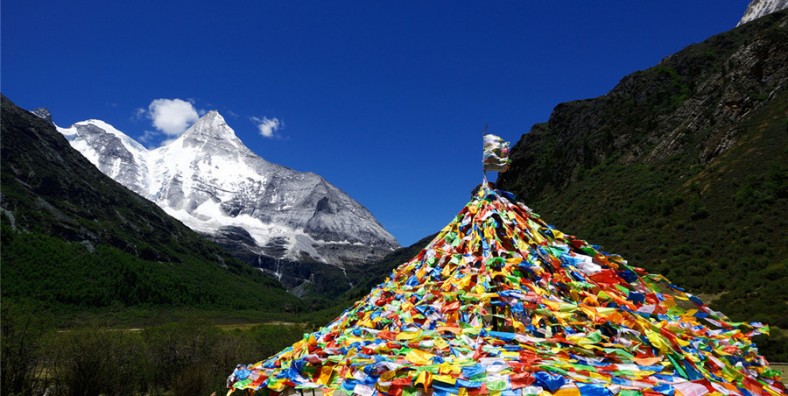 Meili Snow Mountain（梅里雪山）also named as Kawagarbo Mountain（卡瓦格博）in Zogang County, is known as the first sacred mountain on the border of the southwest of China and Yunnan-Tibet. It is also the first sacred mountain in Tibet, which has a reputation as the “father of Snow Mountain”. Its main peak, Kawagarbo, is 6,740 meters above sea level with its northwestern section mainly located in Zogang County. The main scenery in the Scenic area mainly covers the main peak, the glacier of thousands of years, the moraine lake, the primitive forest, the spruce, the ruins of Ancient Tea-horse Road, etc.

Tourist can travel to Lhasa by air or train firstly and then transfer to Zogang by long-distance bus, which is the major choice. And you can transfer from Qamdo to Zogang County. There is no need for you to worry about the transportation.