My parents were soldiers of the 18th Army 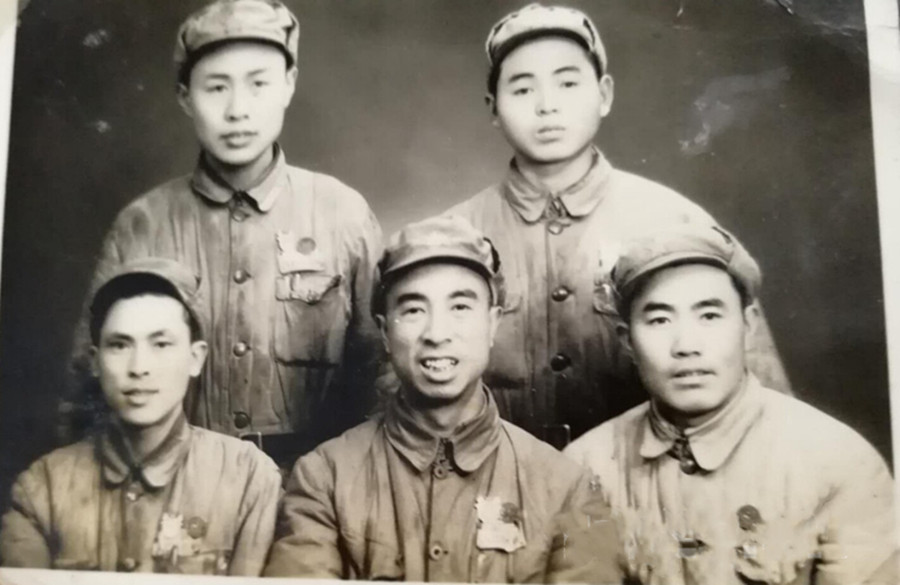 In 1950, the 18th Army of the Second Field Army of PLA was ordered to set off on the journey to liberate Tibet.

The “left-behind children” of the 18th Army

My father, Qiu Yumin, was a supply chief in the 18th Army supply division, and he was in charge of supplying materials to the troops. My mother, Cai Mingzhang, joined the New Fourth Army in 1944. She was a veteran soldier and . She served as a teller casher for the supply division when they were in Sichuan. She, procuringed materials for the army in Chengdu., Sand she was also the first batch of female soldiers of the 18th Army to enter Tibet.

My parents got to know each other in Henan, Anhui, and Jiangsu, and they fell in love when the army was on the road to the great southwest. They got married in January 1950 in Leshan, Sichuan. Not long after they married, my father welcome a man carrying a letter sent from Commanding Officer Zhang Guohua to Zhou Shidi, the Commanding Officer of the 18th Army. This man was told my father that the troops were had receiving received orders to march into Tibet, and the whole army was currently making preparations to enter Tibet. He said that their duties were also going to shift from procuring normal daily materials to necessary materials needed to enter Tibet. 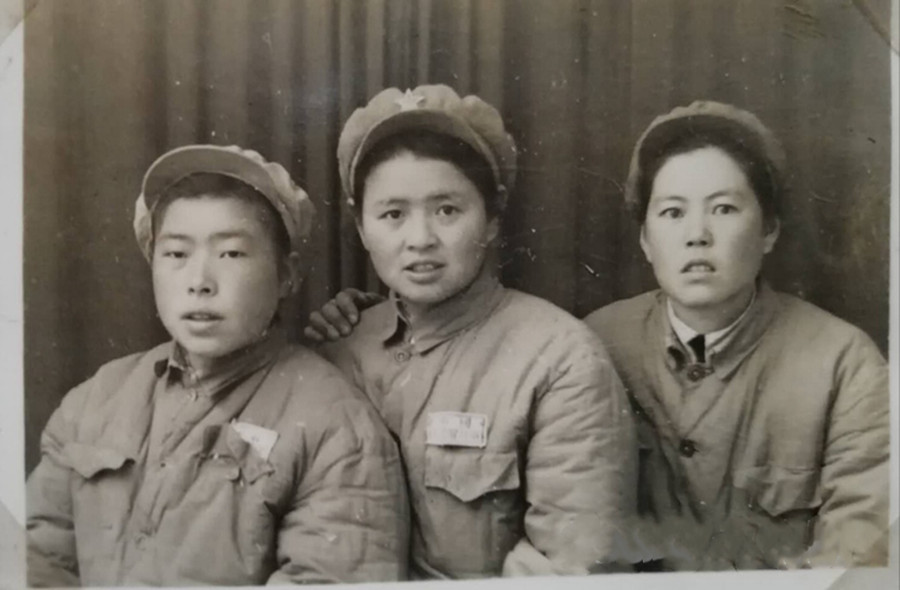 My mother Cai Mingzhang(middle) and her comrades-in-arms

From receiving the orders to setting off for Tibet, my father, under the guidance of Commanding superior Officers Zhou Shidi, busily procured materials for the march in Chengdu. My father and mother did everything they could made all-out efforts to get food and clothes for the job done well, for it was about the food, clothing and other necessities for more than ten thousands troops. Furthermore, now they would be going to Tibet.

My mother went with the 18th Army when they left. I was born in 1951, when the army marched into Garze, Sichuan, I was born. Therefore, I always felt that my love for connection with Tibet was predestined ever since I was born. Not long after I was born, my parents continued to move forward, and I was sent to the rear area of the 18th Army in Chengdu.

Before primary school, I had spent my life living in a nursery in Tangchang Town, Dayi County, Chengdu. Almost all the children there were like me, children of the 18th Army. In order to let the soldiers be at ease as they entered Tibet, the leaders of the military gathered the young children together in order to care for them. The aunties (caretakers) in the nursery acted as mothers and were responsible for feeding, clothing, and teaching us.

Because I didn’t see my parents for a long time, I had a vague understanding of my father fatherly and motherly’s love. I remember the first time my mother came to Chengdu on leave to visit, I cried, “I don’t want to go with you, you aren’t my mother! Auntie is my mother!” When I think about the scene now, I think understand how helpless my mother must have been.

Although I wasn’t with my parents, I rarely felt alone. I always had my friends and companions by my side, and I felt that we were a family. However, in addition to joy, we often had to experience sorrows that other children did not have to.

At that time, although the Sichuan-Tibet Highway had been built, the road was steep, and there were many dangerous turns. Many times soldiers of the 18th Army traveling into Tibet or coming back on leave had their cars get overturned on the road. So it was that oftentimes the news reached us in Chengdu that someone’s parents had died after their car had overturned in an accident, and many of my companions became orphans. Once, on the way back to Chengdu, the car my parents’ car were nearly went down riding in almost drove off the mountain, but fortunately they were blocked by a large tree stump. Afterwards, my father smiled and said joked, “We’ve gotten another life!” I always thought that my brothers, sisters, and I were really lucky. Our parents were far away in Tibet, but we were still a complete family.

A lifetime of love for Tibet

Because my parents lived on the plateau for a long time, their lips turned purple and their fingernails caved in. In 1965, my father was transferred to Beijing because he body couldn’t sustain it any more of poor health conditions, and our family was finally reunited.

Even after my father was transferred to Beijing, he never left Tibet. He talked about Tibet every day at work and in his free time. At first I listened to other people talk about Tibet, but now I listened to my father talk about it and the 18th Army. Once, I asked him, “Why did you persist in such difficult conditions?” My father didn’t even think about it and said answered, “There’s no reason why other than to implement the Central Government’s requirements and complete instructions from our superiors.” In 1970, my father’s work unit was dissolved. His work was no longer about Tibet, but he still longed for it. Every time he mentioned it, he was with an inspired spirit.

Marching into Tibet, liberating Tibet, and building Tibet were all part of a complete process. Our parents’ unfinished mission has been picked up by our generation. Many children of the 18th Army, the companions in of my childhood, joined our parents’ unit once after they grew up, dedicating their lives to building Tibet.

Eco-friendly Toilet To Be Set Up At 7,028m On Mt. Qomolangma
Tibet-first astronomy experiencing museum to open at the end of September
Tibet sees progress in preserving cultural relics
Archaeologists find Neolithic crops in Tibet