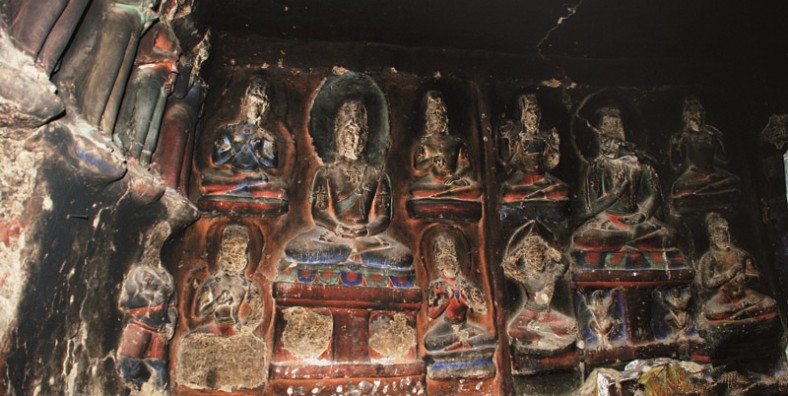 About Naijiaqiemu Cave Temple
Naijiaqiemu Grottoes Temple is located at Najia Village(纳加村) Changlong Township(昌龙乡) in Kamba County. Changlong Township is adjacent to Xijinguo(锡金国), 5000 meters above sea level, with mountains on both sides of north and south. There is a vast meadow in the middle, and Kuqu Zangbu River(苦曲藏布河) is flowing north of the meadow. Naijiaqiemu Grottoes Temple is located in the cliff of a conglomerate hill on the shore of the river, there are five caves, the mouth of the cave is all facing south, about more than ten meters high from the ground, according to the order from west to east, these five caves numbered from K1 – K5.

Attraction Transportation:
We can take a shuttle bus from Shigatse to Kamba County, then transfer a local mini van to Naijiaqiemu Cave Temple.