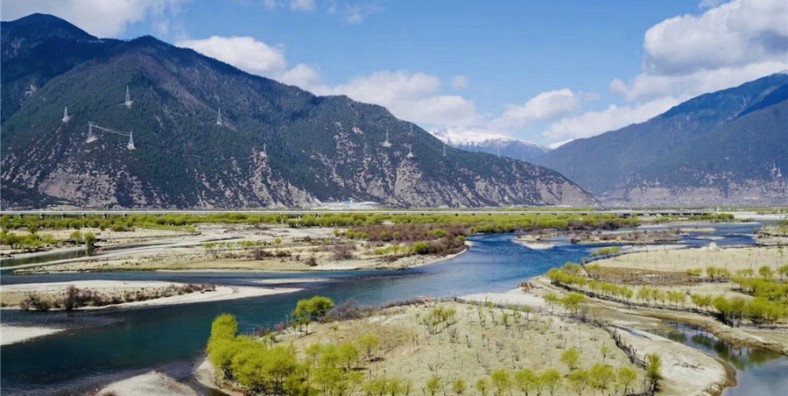 The Nyang River is a major river in south-west Tibet and the longest tributary of the Yarlung Tsangpo River. The Nyang has a length of 307.5 km and originates at 5,000 meters above the sea level from the Cuomuliangla in the Goikarla Rigyu, west of the Mila Mountain. The river joins the Yarlung Tsangpo in Cemeng, Nyingchi, 2,580 meters below its source. With an average flow of 538 cubic meters per second, it has an aquatic power potential of 2.08 million kilometers. Its largest tributary is the Ba River. It flows past the town of Bayi where it is crossed by the Bayi Zanchen bridge.

History and Development of Niyang River

Located in the southeast of Tibet, Nyingchi borders with Lhasa to east, Shannan to southwest, Qamdo to south and Nagqu to north. Taking flights and driving are the two major ways to get to Nyingchi.

Nyingchi Mainling Airport is located in the Mainling County, 40 kilometers north of Bayi County. Up to now, there are flights to Lhasa, Chengdu and chongqin. The airport shuttle bus costs 25 yuan per person and the departure time depends on the arrival time of flights.