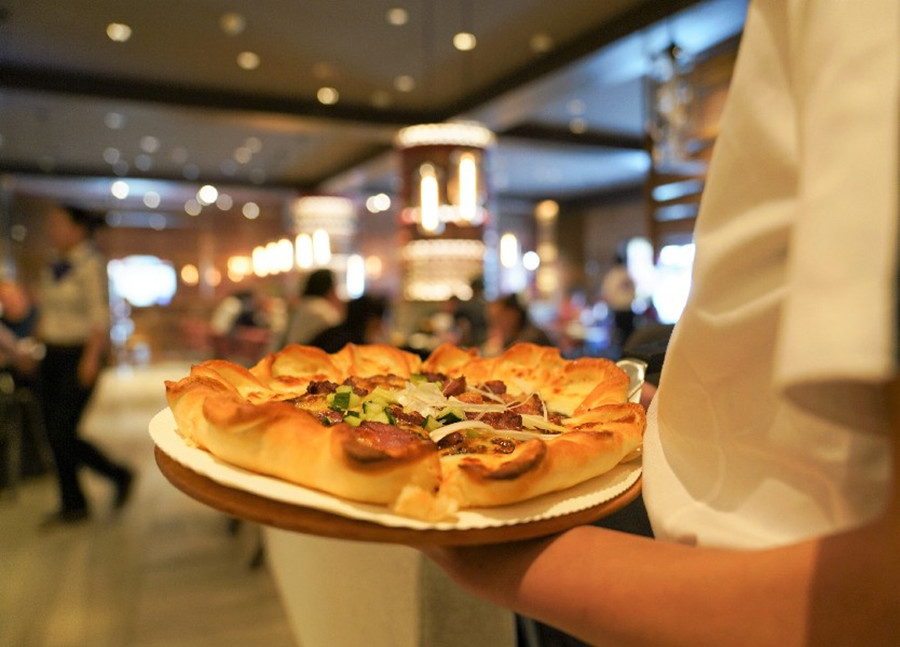 U.S. fast-food chain Pizza Hut has entered Tibet for the first time by opening a restaurant on a downtown Lhasa street popular among Buddhists and tourists.

The Pizza Hut outlet neighbors a KFC restaurant, which also opened on the street on the same day. Both KFC and Pizza Hut are operated by Yum China on the Chinese mainland.

Reporters at the site said the Pizza Hut outlet features Tibetan-style lamps and pillars, and two waitresses dressed in traditional costumes greet the customers at its red Tibetan gate.

“We chose the iconic Barkhor Street, which is frequented by Lhasa citizens and tourists and where we can meet the demands of different groups,” said a spokesperson with the restaurant.

With fast-improving transportation and telecommunication infrastructure, Tibet has increased its appeal to international brands in recent years. In 2016, KFC became the first big Western fast-food chain to open a branch in Tibet.