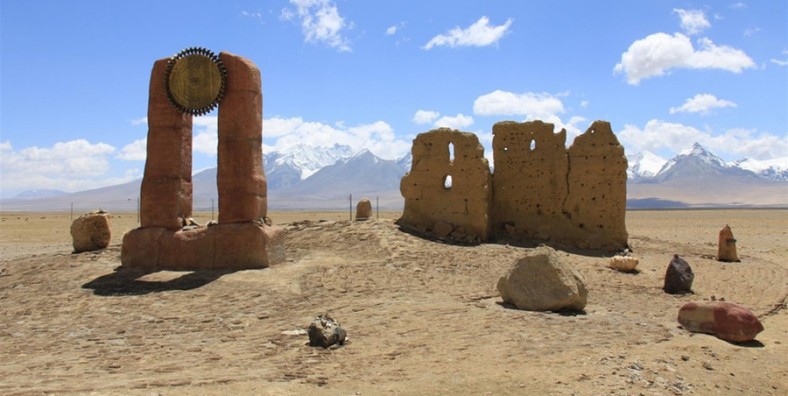 Qu Meixiong Valley Site is located about 2 km to the south of Guru Village(古汝村) of Tuina Town(推纳乡) in Yadong County. The “Battle of the Qu Meixiong Valley” recorded the history of the massacre of Tibetan people by the British invading army during the second Tibetan-British war(第二次藏英战争) in April 1904. Our Tibetan people, for the sake of our motherland’s territorial integrity, had vowed to fight against the imperialist aggression, written a glorious page of the history. Qu Meixiong Valley Site is an important cultural tourist attraction, and also it is an important place for patriotic education.

History of Qumei xinggu
In 1903, the British sent Rong hepeng(荣赫鹏) to lead the expeditionary army to invade Tibet and he encountered the sniping of the Tibetan garrison troops in Qumei Xinggu. Rong hepeng used negotiation as a bait. The soldiers laid down their weapons, and then surrounded their fortress. Later they were attacked by Rong hepeng’s hidden army, which killed more than 700 soldiers of the Tibetan army. In this way, Rong hepeng drove all the way to Gyantse County. From then on, Qumei Xinggu was no longer a fortress, but a remnant of a wall and an erect monument.

Attraction Transportation:
We can take a shuttle bus from Shigatse to Yadong County, then transfer a local mini van to Qumei xinggu.
Attraction Travel Tips:
· pay attention to respect the local customs.
· 1 – 2 hours travel.
· best season to travel: all the year round.