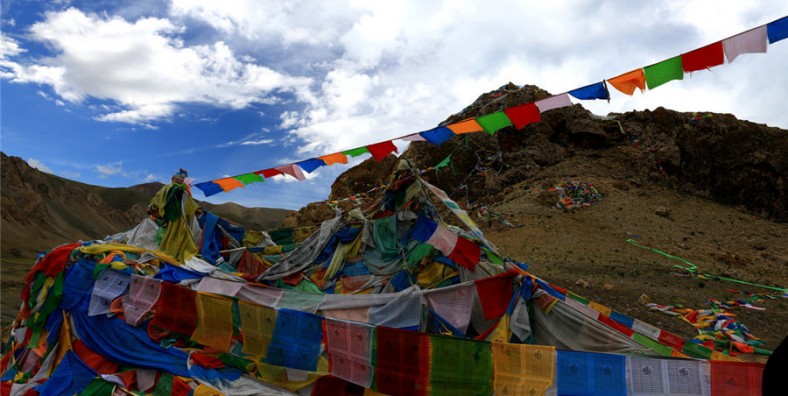 About Relics of Xiangxiong Kingdom

History and Development of Relics of Xiangxiong Kingdom

Tibetan historical records show that the Xiangxiong Kingdom flourished in the 7th century. The Xiangquan and Shiquan river valleys were its central regions. Xiangxiong culture, consisting of religion, characters, and medical science, occupies an important position in Tibet’s civilization history. The Xiangxiong Kingdom was also the cradle of the Bon, the indigenous religion of Tibet. But due to poor traffic conditions in the area and a lack of research on Xiangxiong culture, the ruins are relatively little known.

A legend says there are two ruins of the Xiangxiong Kingdom of the Bon.

One ruin was the capital of the Xiangxiong Kingdom located in the Qionglong silver city in Zhada County of the Ngari Prefecture. Many relics of early human caves and paintings on rocks exist at Zhada Clay Forest. The famous Qionglong City was found in a basin surrounded by mountains. The ruins stand on a cliff, facing east and dotted with caves. The ruined walls and stones lend an atmosphere of mystery.
The other ruin is Qongzon nearby the Ombu Office in Nagqu, where many relics of the Xiangxiong Kingdom have been found, including a temple near the most sacred lake of the Bon followers. The ruins consist of many caves dug into the Daguo Mountains, covering one square kilometer. Old trees and caves on surrounding cliffs are the most striking features.

Main Attractions- The mysterious of Relics of Xiangxiong Kingdom

The Ngari Prefecture has opened a special route to the ancient Xiangxiong ruins, offering more chances to experience the grandness of this mysterious ancient kingdom. The 380-kilometer route runs through Burang and Zanda counties in the western part of Southwest China’s Tibet Autonomous Region. There are many ruins of the ancient kingdom along the way.