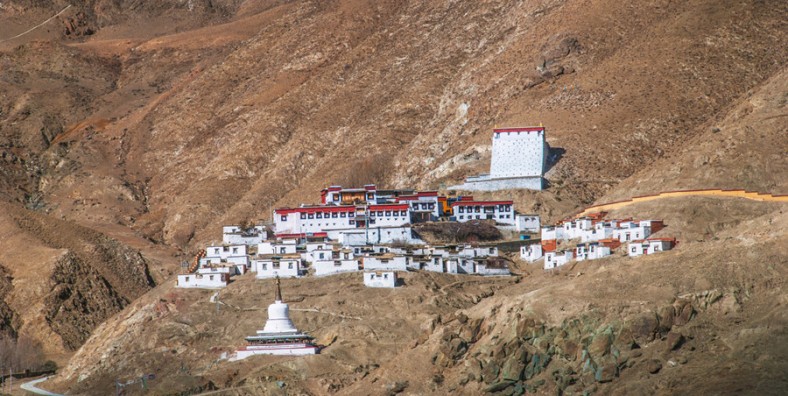 Riwudeqin temple, in the territory of Qonggyai County of Lhoka Prefecture, located in the north of the Shanxi hillside tiles Dagze County resident, 3850 meters above sea level. Riwudeqintemple, founded in Fourteenth Century, the first world o period, after the fifth, the seventh, eighth o during the period of expansion, before the formation of a house, there are temples and large buildings sengshe Palace building. In the Gelug sect. There are more than 600 people before 1959, under the jurisdiction of 3 cards: Xi Kang, Qiang Ma, Yaron jalon extension under the jurisdiction of the temple 3 brake; Kang, mother: if the angle and the root of the east.

History and Development of Riwudeqin Temple

Riwudeqin Temple by Kan Qin Neill, Pakistan by red white mulberry (also said to create create Duojici Pakistan Burma). Kan Qin Neill, Pakistan by red white mulberry was born in Tibet after pulling pile “, was the first Panchen Lama Kju Grey Besant (1385~1438) of the disciples, because with more than 30000 words of” wisdom “, it is called” red, “(twenty thousand”). At the end of fourteenth Century, he was invited to qiongjie County, San Eduado Gio Caidan et al., built the temple. When the scale is small, only a 4 column temple, 50 monks. Can Qinnichi by Pakistan white mulberry after his death by his brother Kan Qin Wen Pakistan pull succession temple, self citation, Kansas Pakistan will pull Qin temperature Wuri Deqin temple first khenpos.

The highway traffic system is perfect; visitors can choose self driving tour in Qonggyai County. There are 121.6 km from Gonggar Airport to Qonggyai County and spend tourists 2.5 hours driving. Tourist can also travel to Qonggyai County by air firstly and then transfer to long-distance bus, which is the major choice.