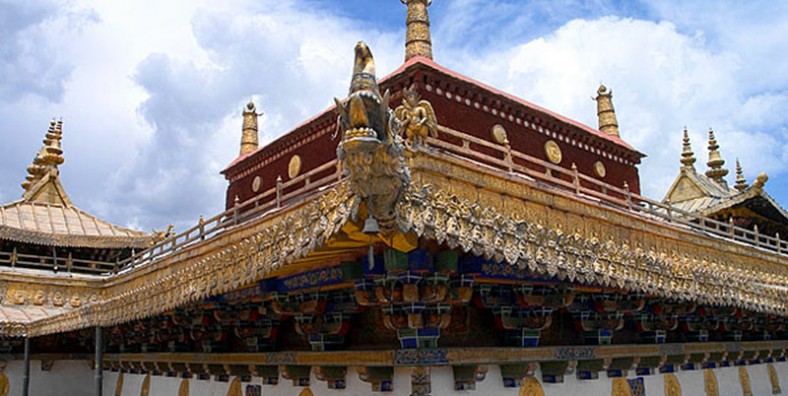 The temple was built in Lhozhag County by the famous Tibetan ascetic monk Mirahab(米拉日巴) in the Northern Song Dynasty (107 years). At first, his master, Marba(马尔巴), asked him to build a triangular house, and half work was done, then his master asked him to taken down the house. Later he was asked to build a semicircular house, and when it was near completion, Marba(马尔巴) again asked him to tore it down. It was dismantled and built several times, and finally built as an tower existing now. It is 9 stories high with 7 floors. Later, there were many disciples of Mirahab(米拉日巴), and it was gradually formed the Geju sect(噶举教派), which was all over Tibet. Sanggha Fangtuo Temple was becoming a large temple. The temple contained ancient manuscripts, which are precious.

Attraction Transportation:
We can take a shuttle bus from Lhoka to Lhozhag County, then transfer a local mini bus to Sanggha Fangtuo Temple.
Attraction Travel Tips:
· pay attention to respect the local customs in the temple.
· 1 – 2 hours travel.
· best season to travel: all the year round.