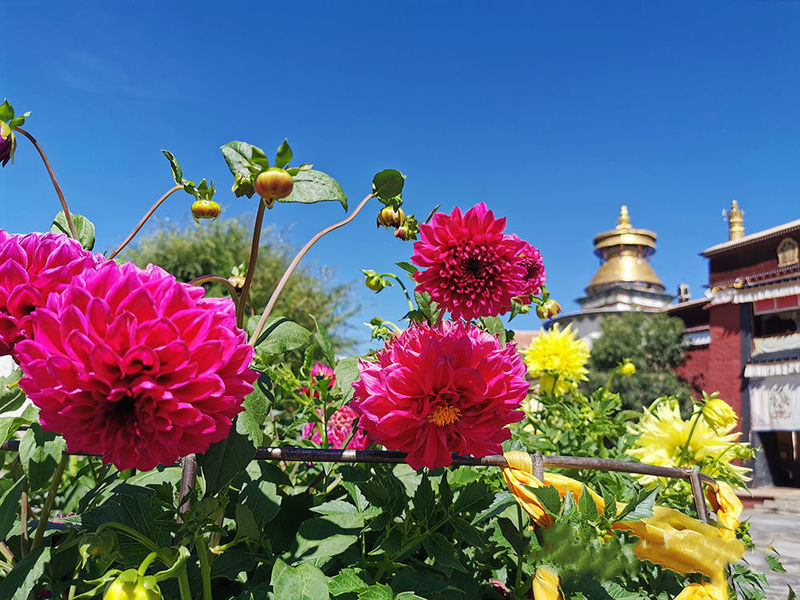 The event began amid a drizzle at Drepung Monastery, the largest monastery of Tibetan Buddhism’s Gelug Sect, where a large thangka painting of the Buddha was displayed on the exhibition stage.

Tenzin Chozong, 8, put on a red Tibetan costume and arrived at Drepung Temple with her family around 5 a.m. She looks forward to a happy seven-day holiday. “I will eat yogurt, watch Tibetan opera and have picnics with relatives and friends,” she said.

Shoton Festival, which literally means “yogurt banquet festival,” is one of the most important festivals for Tibetans. It dates back to the 11th century when it began as a religious ceremony for local residents to offer yogurt to monks finishing their meditation retreats.

This year’s festival, lasting from Aug. 30 to Sept. 5, will also feature activities such as Tibetan opera performances, horse racing and Tibetan-style fashion.