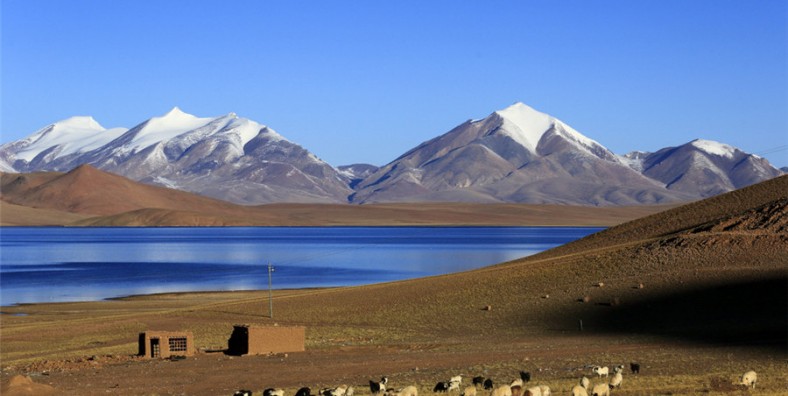 Siling Lake is a lake in the Tibet Autonomous Region, to the north of Xainza. Doijiang is located near the lake. Administratively it belongs to Xainza County and Baingoin County (班戈县) of the Nagqu Prefecture.

The lake lies at an altitude of 4530 meters. It is a salt lake. It is fed by the rivers Za’gya Zangbo (or Tsagya Tsangpo) (扎加藏布) and the Boques Tsangpo (波曲藏布). With an area of 1865 square kilometers, Siling Co is the second largest saltwater lake in the northern Tibetan Plateau and forms part of the Siling Co National Nature Reserve (also Selincuo Reserve or Xainza Nature Reserve). The 400,000 hectare reserve was established in 1993 and contains significant populations of black-necked cranes and some 120 species of birds in total. The temperature at the lake is an annual average of -3 to -0.6 °C, the maximum annual temperature 9.4 °C. The average rainfall is 290 millimeters per year, 90 percent of which falls in the months of June to September, often in the summer as hail.

The lake itself, however, only has a single species, Gymnocypris selincuoensis, exploited by fishermen. The prairie on the banks of the lake is traditionally used as grazing land for yaks and sheep.

The transportation in Xainza is convenient. You can take the train from Lhasa to Shigatse City.  From here, you can take the bus tour of Xainza County.