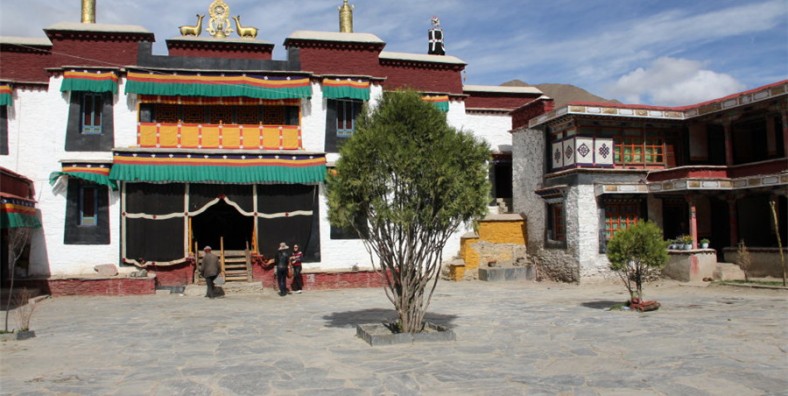 Tangboqie Temple, the Tibetan literature is often known as the Suo Na Tang wave and is commensurate, meaning to the head of the dam to burn charcoal. This temple is located in Lhoka area Qonggyai county is located under the West Village, township of about one kilometer. East of the west block, back to the source qiongjie seasonal river (also called the shampoo River) for Mount Abu. For a long time, because of the alluvium of the river, the shape of the city has become a wider platform. The fertile land of Land Buddhism flourished and developed. Therefore, Tang Bo and the temple have been recorded in many historical materials.

History and Development of Tangboqie Temple

The activities of Buddhist temple was founded in the Tang and the wave of Buddhism in Tibet after a macro of snakes, namely in 1017. Create the main name Mei Jiong is energy-saving. According to the “yellow glaze” recorded, this person was born in the rear, and was born in a young age. After his family, Mei Chuchen was happy to be a teacher. During the period, to study hard, but under the guidance of Lu Meichuchen in his study, the Buddhist classics, a large number of knowledgeable, outstanding, become the main characters of Buddhist disciples, Lu Mei four eight beams, thirty-two oak the Tibet is also known as “the ten macro view of the wise”

The original construction of Tang Po and monastery, including Jue Kang, has not existed. The area is about 8000 square meters by the residual wall. Now see the size of 1916 after the restoration of the building, including the church, temple, the Jokhang, field. It covers an area of 8556 square meters. The main building is a three storey hall, hall and temple. Before the main hall for the field, the ground full of stone paved, 20 meters wide East and West, North and south 20 meters long. A layer of East Hall is the door of the house, in front of a car around the gallery building. In the middle of the middle of the hall, there are twelve pillars, the main apprenticeship for the apprenticeship three, Lianhua, Zong Caba, the fifth o bronze Buddha, all 15 meters high. The murals have the main portrait, as well as the various kinds of bites and O gods. The church is a temple, four. For the main Shakya Muni, about the sounds, followed by the sixteen Arhats, jampa Buddha and eight king phagmodrupa Dynasty five white pagoda monks teach.

The highway traffic system is perfect; visitors can choose self driving tour in Qonggyai County. There are 121.6 km from Gonggar Airport to Qonggyai County and spend tourists 2.5 hours driving. Tourist can also travel to Qonggyai County by air firstly and then transfer to long-distance bus, which is the major choice.