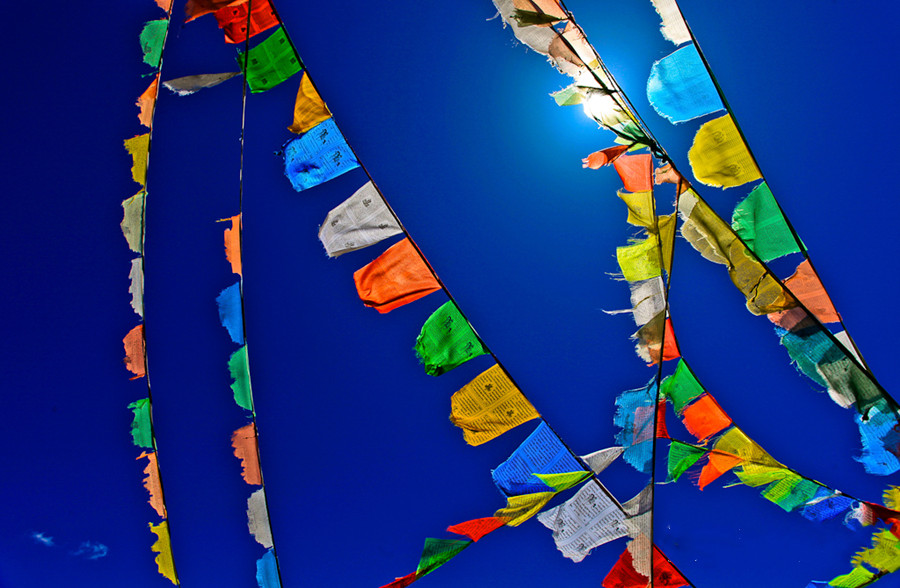 Dampa Rabten was born in a family prominent in traditional Tibetan art. His grandfather Tsere was the imperial painter during the time of the 13th Dalai Lama and was an expert in painting murals.

Dampa Rabten was born in the year of 1941. At six years old, he started attending a private school in Barkhor Street, and he consistently achieved good marks. At 11 years old, his father began to teach him thangka painting skill. Every day after school and once he finished his dinner, Dampa Rabten would paint a thangka painting and he was not allowed to sleep until he finished the painting. Most Tibetan thangka masters inherit the skill through their families, and they don’t teach outsiders. When he was 15 years old, Dampa Rabten was brought to the Sera Monastery, one of the three major monasteries in Lhasa. And there he learned Buddhist scriptures and thangka painting theories.

At 18 years old, Dampa Rabten left the monastery and became a worker at the Ngaqen Electric Power Plant in the east part of Lhasa. It wasn’t long before Dampa Rabten was discovered to be an educated person as well as a painter, and he was transferred to the plant’s broadcasting station to work as a broadcaster.

In 1980, after taking an exam, Dampa Rabten transferred to what was then the Tibet Normal College (the predecessor to present-day Tibet University) to engage in research work. There, they had a small group working to salvage the epic King of Gesar. Dampa Rabten’s work was to draw illustrations.

When the Tibet University was established in 1985, and the thangka painting major was created in 1987, Dampa Rabten finally returned to the discipline he had studied as a child. That year, he enrolled only two students. This is probably the first high-level professional training class on thangka painting in Tibet. He taught thangka painting and also painted his own thangka paintings.

However, since 1980, Dampa Rabten actually has been operating a thangka painting school in his own house, where he enrolled students who were ambitious about inheriting the art. Dampa Rabten’s thangka school was always free, and he taught for free in his home for more than 20 years. In this time, he trained more than 300 students, many of whom were children from rural areas. He also taught students from Japan, South Korea, the U.S., and Mongolia. One young Mongolian student whom he taught had no hands, and he would hold a paintbrush between his arms in order to paint. After studying for several years, he actually became a great painter.

Many of Dampa Rabten’s students have carried on the methods of their teacher after they graduated, and in addition to painting their own thangka paintings, they have also opened up thangka painting schools.

In 2009, Dampa Rabten retired from Tibet University and became a professor emeritus. He finally stopped taking on graduate students in 2016, at which point he truly retired.

His student Angsang said: “Dampa Rabten’s personality is so good. He taught for free in his home for more than 20 years, and his own paintings were never priced high. He really doesn’t care about wealth. He treats his students as his own family members. Nowadays, he spins prayer wheels every day and chants sutras as if he has returned to Sera Monastery.”