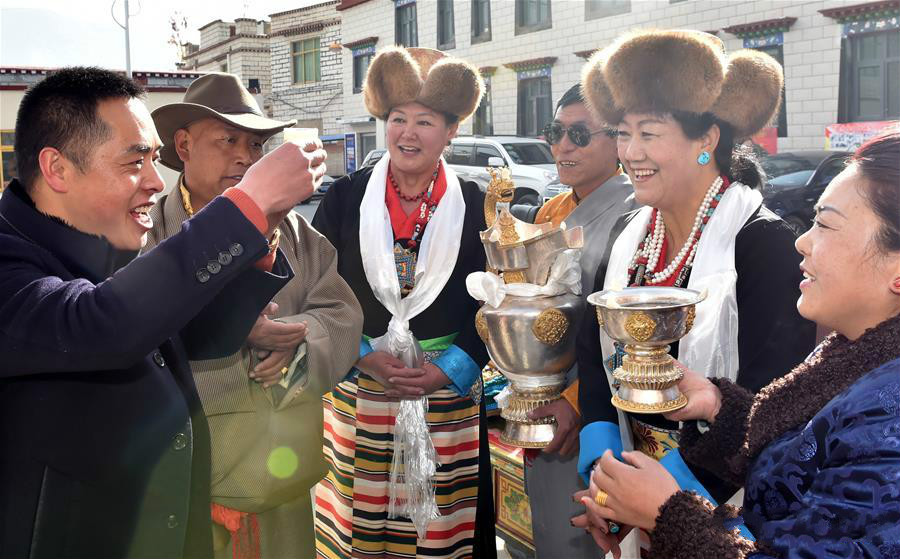 Maintaining that requires not only following Tibetan traditions, which see polluting the environment as a sin, but also practicing ecological civilization along with high-growth economic development, said Karma Tsegyal, an official from the region’s northwestern Jangngon village.

“Protecting the clear rivers and lush mountains is protecting our own lives in the long run,” he said.

Today, the village has more than 400 residents working as patrol guards and cleaners every month. Together, they take turns to prevent the village from being polluted by garbage tossed by drivers on the national highway, which runs through the town, or by debris from construction sites.

Apart from environmental protection, Jangngon has also been encouraging residents to plant trees and potatoes to help boost their incomes and lift economic development in general.

Jangngon is a reflection of the region’s overall policies and the harmony between ecological civilization and economic development. The Tibet region achieved GDP growth of 10 percent last year, the highest of all provincial-level regions in China. This year, it has set a growth target of around 10 percent.

“In 2019, we will continue to strengthen the construction and management of natural reserves,” said Qi Zhala, chairman of the regional government, during the annual congress in January.

“We prohibit mining in the reserves, while increasing our spending on ecological protection and ensuring that the investment growth rate is above 20 percent,” he said.

All levels of government are responsible for the environment, and the regional government has been encouraging rural residents to undertake the task, with 667,000 jobs related to the environment offered last year.

The region invested more than 10 billion yuan in ecological construction projects last year, according to the latest figures. Meanwhile, greening of the land continues with 742,000 hectares planted with trees. Forest coverage in the region now exceeds 12 percent.