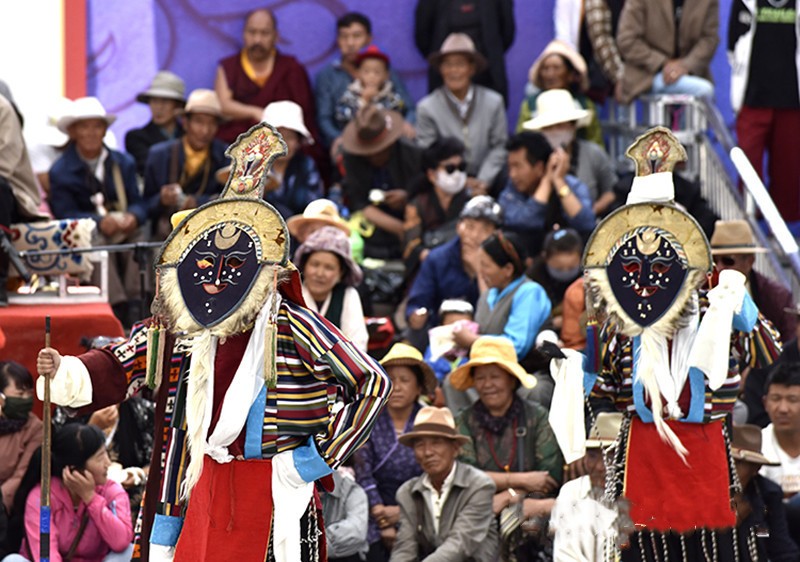 On the morning of June 29, the seventh performance of the Tibetan opera season was underway in Dzongyab Lukhang Park in Lhasa, Tibet Autonomous Region. The performance was of Drowa Sangmo, one of eight masterpieces of Tibetan opera, and was being performed by the Dechen Snow Tibetan Opera Troupe of Dagze District, Lhasa.

Mr. Li, a tourist from east China’s Jiangsu Province, followed the sounds he heard to the scene of a Tibetan opera performance. He planned to take a few photos and then leave, but ended up staying for nearly an hour.

These various forms of these Tibetan opera performances have greatly enriched the spiritual and cultural life of the people of Lhasa and tourists. They also enable Tibetan opera to be brought into the daily lives of the public and help it to be passed down.