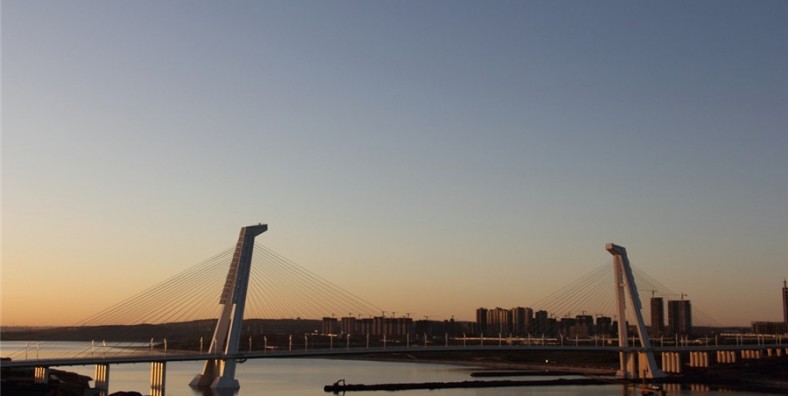 Mar Qu, Ulan Moron (Mongolian: ᠤᠯᠠᠭᠠᠨᠮᠥᠷᠡᠨ, Ulaan Mörön, lit. “Red River”; Chinese: 乌兰木伦, p Wūlánmùlún) or Tuotuo River(Tibetan: ཐོག་ཐོག་ཆུ་, ZYPY: Togtog Qu, Chinese: 沱沱河, p Tuótuó Hé, lit. “Tearful River”) is a river in Qinghai province in the People’s Republic of China. Although the Dangqu (or Dam Chu) is the geographic source of the Yangtze River, the Ulan Moron has been officially recognized by the PRC as the main river. With its location in Inner Asia, it therefore belongs to the East China Sea watershed basin.

It begins as melt-off from the Geladandong glaciers and runs to a confluence with the Dangqu, where they form the Tongtian River.

In Chinese, the character 河 originally described the Yellow River and 江 the Yangtze. In modern practice, a jiang is usually a longer river, while he varies from shorter rivers (as the Tuotuo) to creeks (such as Suzhou Creek in Shanghai).

Tuotuo River, located in the Town of Tanggula Mountain in the south of Golmud, is the main source of the Yangtze River (The Tongtian River) to the south of the Hoh Xil Mountains. It originates from a small stream of melting water from glaciers and cirques in Geladandong glacier, which flows more than 9,000 meters north to join the melt water from Zanggendiru glacier at the foot of the Galadandong Snow Mountain, and divides into two rivers of 4 meters and 6 meters in width respectively before going toward the north through a valley about 15 kilometers long. After confluence of many rivers, it forms the wide and torrent Tuotuo River-the upper source of the Yangtze River.

Tuotuo River, the source of the Yangtze River, originates from the glaciers of the Jianggendiru Snow Mountains located at the southwestern side of the highest Geladandong Peak in the Tanggula Mountain Range. Tuotuo River is a river in Qinghai province in the People’s Republic of China. Although the Dangqu (or Dam Chu) is the geographic source of the Yangtze River, the Tuotuo River has been officially recognized by the PRC as the main river.

The altitude of the end of the glaciers is nearly 5,500 meters. There are many huge snow mountains, including 20 snow-covered peaks whose altitudes are more than 6,000 meters. The permanent snow line is up to 5,800 meters, and there are 40 modern glaciers on those peaks. The cloud-kissing mountains covered with ice and snow and the clear and bright glaciers are the headwaters of the Yangtze River.