Yumbu Lhakhang and the Tombs of the Tibetan Kings 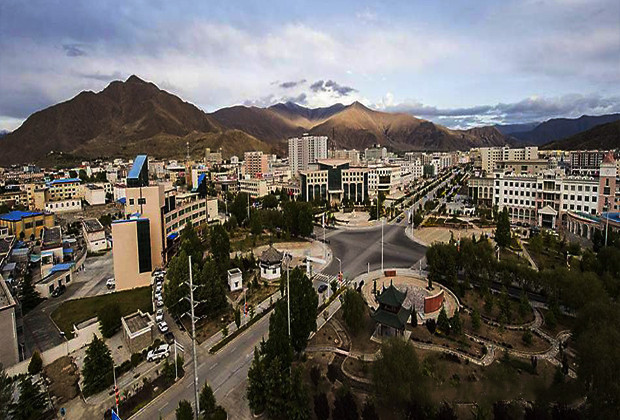 Lhoka Prefecture in Southern Tibet, is renowned as the cradle of Tibetan civilization, and is the original homeland of the ancient kings of Tibet, before the move to Lhasa in the 7th century. The area lies on the middle and lower reaches of the Yarlung Tsangpo River Valley, and is believed to be the area where the Tibetan people originated. The area around Tsedang, the seat of Lhoka Prefecture, was the location of the first Tibetan people, and archaeological evidence suggests that the area was inhabited as long as 4 million years ago. Legend says that the first king of Tibet, Nyatri Tsenpo, descended from the heavens on a rope of light, and began ruling the people of the valley in around the 2nd century BC. For more than 700 years, the Tibetan kings ruled in the Yarlung Valley, flourishing under the hereditary monarchy of the line of Nyatri Tsenpo. This is where the legends say the first building in Tibet was constructed, and where many of the ancient Tibetan kings lie in rest. 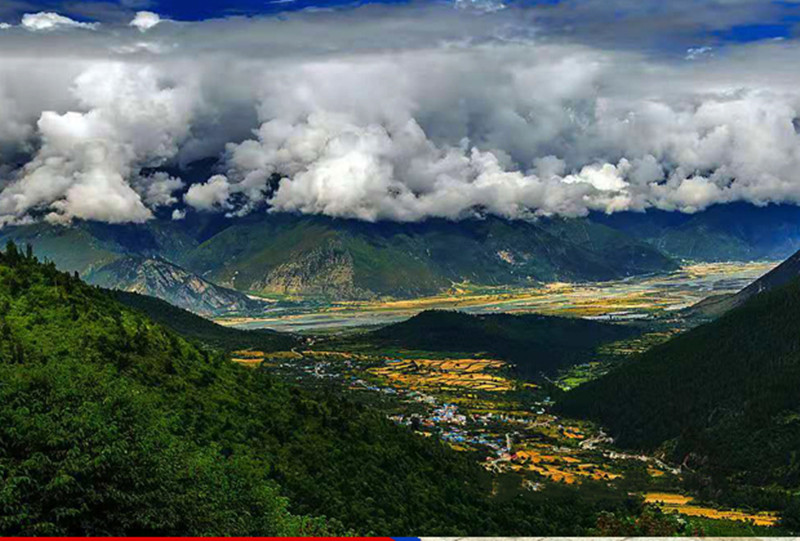 Sprouting up from a craggy ridge that overlooks the fields of the Yarlung Tsangpo Valley, Yumbu Lhakhang Palace is renowned as the first building in Tibet, and was constructed for the first king of Tibet, Nyatri Tsenpo. An impressive structure, surmounted by a tapering pointed tower, Yumbu Lhakhang is the palace of legends, and its founding is lost in the mists of time and legend. Legend says that it was constructed for Nyatri Tsenpo after he descended from heaven on a rope of light, and became the god-king of the local Bon people of the valley sometime in the 2nd century BC. However, some believe that it was most likely built in around the 7th century, at the time of the 33rd king of Tibet, Songtsen Gampo, prior to the move of the Tibetan capital to Lhasa.

It is also said that in the 5th century, during the reign of the 28th king, Lha Thothori Nyantsen, a relic, a jewel, and an unreadable sutra fell from the sky onto the roof of the palace, along with hundreds of obscure and strange texts. The palace is filled with murals that depict the falling of the relics, and it is said that a voice from the heavens announced that: “In five generations one shall come that understands its meaning!” While the meaning of the texts was unclear, they were held in the palace, and many years later, two strangers appeared at the king’s court, and began explaining the meaning of the relics and the texts.

By the 7th century, Yumbu Lhakhang was the center of the growing Tibetan Empire, and under the rule of Songtsen Gampo. From the 6th century, the Tibetan kings Tagbu Nyasig and Namri Songtsen expanded the area of their rule, invading the neighboring tribes and establishing the Tubo Kingdom of Tibet. In the early 7th century, Songtsen Gampo moved the empire’s capital to Lhasa, then known as Rasa, and the Yumbu Lhakhang became the summer palace of the Imperial King. The palace remained a summer residence of the kings, as well as being a shrine that contained scriptures and relics from the earliest kings of Tibet. 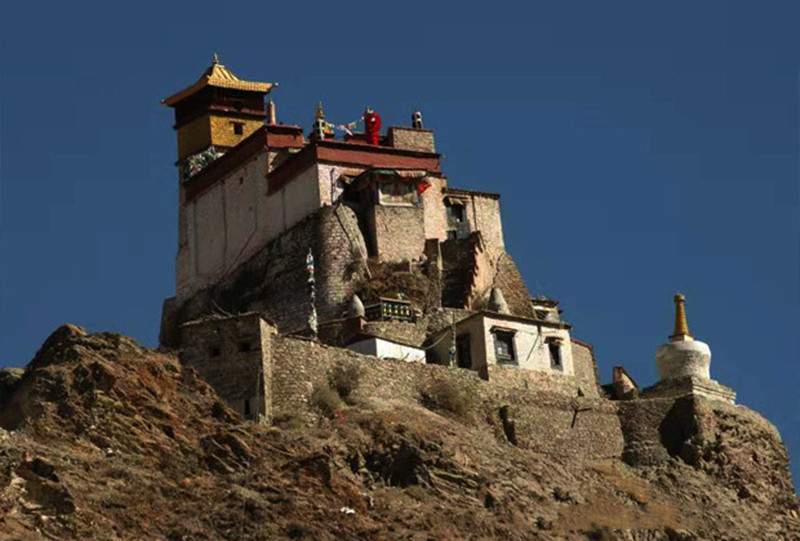 The Tombs of the Tibetan Kings

Tibet is an ancient land, and many ancient tombs have been discovered across the plateau, most dating back to the ancient Tubo period of Tibetan history. In Gonjog County of Chamdo, the stone coffin tombs are believed to date back more than 2,200 years, while the Tubo-Era tombs on Lhe Hill in Nang County of Nyingchi are some of the most amazing finds in Tibet. However, the most important site of the ancient tombs of Tibet lies in the Yarlung Valley, to the southwest of the Dzong Hill in Qonggyai County, to the southwest of Tsedang and Yumbu Lhakhang.

Covering an area of around three million square meters, the iconic Tombs of the Tibetan Kings date back to long before the Tubo period, and are believed to be the tombs of some of the first Tibetan kings that could no longer ascend to heaven. After the rise of Nyatri Tsenpo and the first Yarlung Dynasty, the first seven kings of Tibet, including Nyatri Tsenpo, Mutri Tsenpo, Dingtri Tsenpo, Sotri Tsenpo, Mertri Tsenpo, Dakrri Tsenpo, and Siptri Tsenpo were said to be gods that came to earth to perform certain tasks. On their appointed time, they all rose back to heaven on ropes of light, and all succeeding kings were left to remain on earth.

The area known as the Tombs of the Tibetan Kings is also believed to include several Tsampos, along with their wives and officials, who were buried with them, and the site is said to contain a total of 21 tombs. On approach to the hills, you can see the domed earth of what could be dozens of tombs lining the ridge from the north to the south of the valley, and the tombs have become part of the natural scenery of the landscape in the area. In 1989, the Archaeology Institute of the Sichuan University conducted a survey of the hillside, and discovered 11 actual tombs.

Built as square tombs of compacted earth and rock, the layers of compacted earth can be seen clearly, each layer being around 20cm thick, and the tombs have become rounded on the top from exposure to the harsh Tibetan elements. Closely resembling small hillocks, it takes around 40 minutes to climb up to the highest tomb in the imperial graveyard.

The earliest tomb in the area is said to be that of Drigum Tsenpo, the first Tibetan king to be buried on earth after the seven heavenly kings departed. However, the highest tomb of the group, which lies just below the peak of the mountain, has a pair of carved lions facing the entrance to the tomb, as if guarding from invaders still. The lions have been exquisitely carved from a single stone piece, and are decorated in a majestic style reminiscent of the Imperial tombs of the Tang Dynasty, which existed at the same time as the Tubo Kingdom. While it is not known who resides in the tomb, it is believed that it is one of the later kings, either Tagbu Nyasig or Namri Songtsen, the last of the Tibetan kings to have been buried in Lhoka.