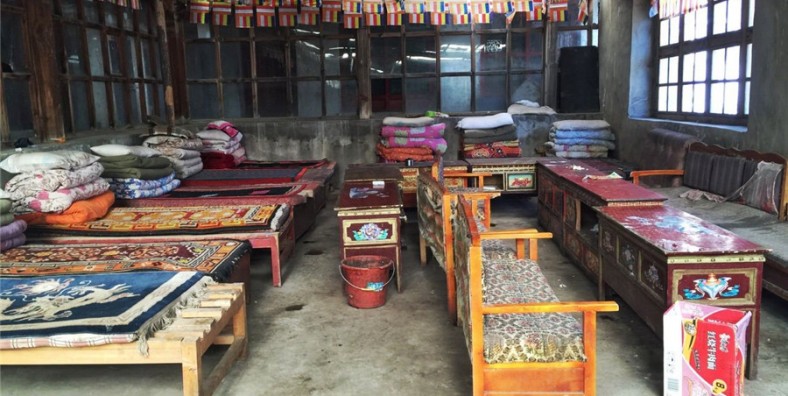 According to statistics released in 2013, Tibet boasts over 1780 monasteries, among which 1780 are dedicated to Tibetan Buddhism, while over 88 belong to Bon religion( Tibetan indigenous faith) . Generally speaking, each 2,000 Tibetans will have a monastery of their own.

Rich in epic natural splendor,bewildering cultural heritages and thin in oxygen, Tibet is a really a place that will take your breath away. Thanks to billions of years’ tectonic movement, it rises as the World Roof. Now, this dream land with a wealth of sights, color, deeply religious populace and captivating festivals, is destined to enthrall artists, photographers, romantics and pilgrims alike for eternity.

For travelers, the best way to understand this ancient land, a unparalleled spiritual and a cradle of one of the most enlightened civilization in Asia, is through its faith: Tibetan Buddhism. The best places to have a glimpse into this religion, are its top 10 monasteries and cloisters dispersed haphazardly across this magic land.

On the north side of Mount Rinpozi（岗仁波齐圣山）, it is located in the north of Burang County with an altitude of 5,210 meters above sea level, and it’s the best place to watch the back of Mount Rinpozi with beautiful scenery. Built in 1964 by master Jigonggangri and rebuilt in 1986, it’s also a resting place for the pilgrims..The three peaks opposite the temple are respectively symbolic of Guanyin, Manjusri and King Kong which are called “Risonggongbu”.