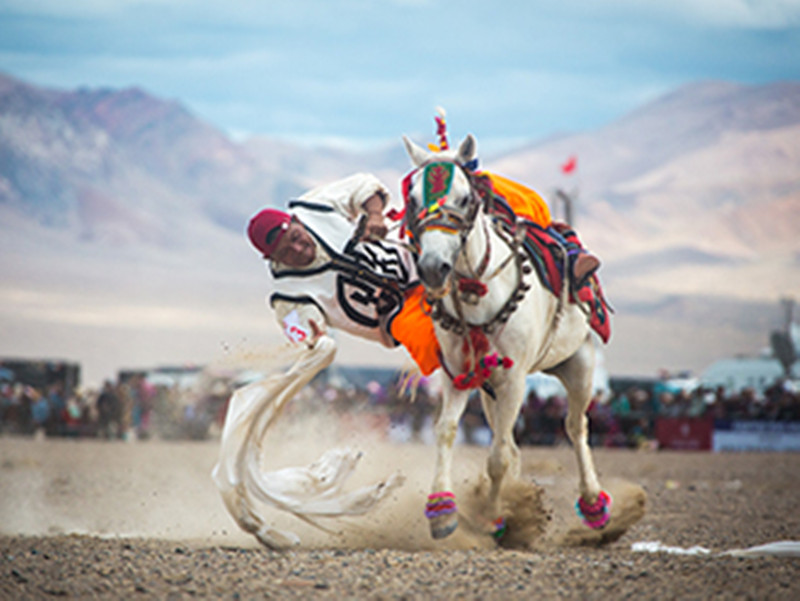 The Tibet Autonomous Region Lhasa Municipal Government said on August 14 that the 2019 China Lhasa Shoton Festival, or Yoghurt Festival, will be held in Lhasa from August 30 to September 5.

Also on that day, Yang Nianhua, deputy Secretary-General of the Lhasa Municipal Government, said that after years of development, the Shoton Festival has evolved into a grand annual cultural tourism event for Lhasa.

Yang Nianhua said that according to traditional Shoton Festival customs, on the morning of August 30, giant Buddha thangkas will be unveiled at Drepung Monastery and Sera Monastery. During the festival, there will also be Tibetan opera performances at the Norbulingka and in Dzongyab Lukang Park. On the evening of August 30, there will be an opening ceremony performance for the Shoton Festival at the Lhasa Mass Culture and Sports Center. On September 1, a series of events such as traditional ethnic equestrian performances will be held at the Lhasa Racecourse.

He said that the difference this year from previous years would be that this year Tibetan chess performances would be added. From September 1 to 3, the event will be held at the Dzongyab Lukang Park to further promote and popularize knowledge of Tibetan chess culture.