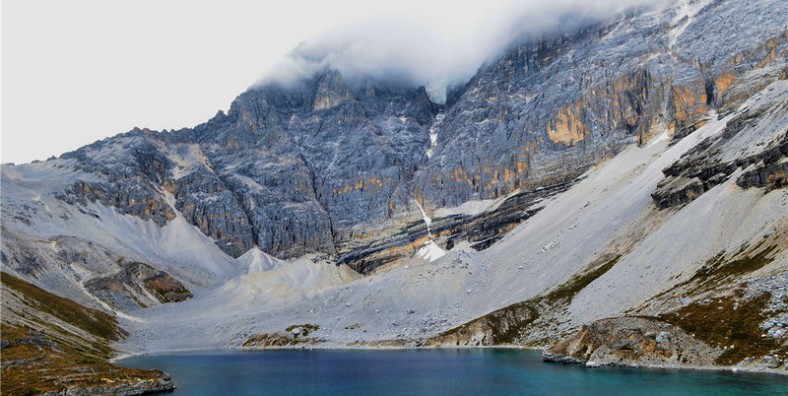 Deqing Pozhang Mountain（德庆颇章神山）, commonly known as “Riwoqe”, in Tibetan language means the mountain, from the name of the mountain to place names, from the name of the place to the county name. The mountain is located near Riwoqe Town（类乌齐镇）, Riwoqe County（类乌齐县）, Chamdo Prefecture（昌都市）, Tibet Autonomous Region, 30 kilometers away from the county seat. Walk in Deqing Pozhang Mountain, visitors can see the green mountains and clear water, the elegant environment, the birds and the flowers, and hear the birds sing as well as the water murmuring. The mountain is not high, and the road is more suitable for hiking. On every June 15th of the Tibetan calendar, local people of the far and near will put on their festival costumes, brought enough food and wine to together with the younger one, and the whole family to worship the sacred mountain.

The Festival of Deqing Pozhang Mountain

Zhongque Festival（仲确节）is the oldest traditional festivals in Riwoqe area, according to the Tibetan language interpretation, as the “ritual practice day”, held in every June 15th of Tibetan calendar. According to legend is in memory of the Kagyu sect monk Wujin Gongbu（乌金贡布）for him presided over Chajiema main hall（查杰玛大殿）. It is said that anyone who wishes to make a wealth during the Zhongque Festival will get his wish. Now, the festival has evolved into a combination of religious rituals and material trade and entertainers’ performances, so it is also known as the material trade festival.