Shigatse has roughly three regional climates. The area north of the Himalayas and south of the Gangdise-Nyenchen Tanglha Mountains belongs to the semi-arid monsoon climate of plateau temperate zone. A small area north of Gangdise-Nyenchen Tanglha Mountains belongs to plateau sub-frigid semi-arid and arid monsoon climate; The south area of the main ridge line of Himalayas is plateau temperate monsoon sub-humid climate. 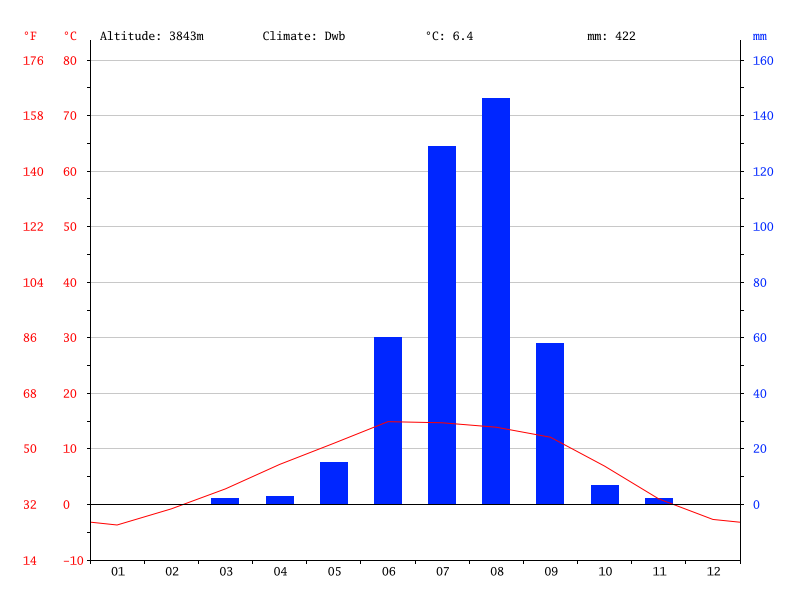 The weather of Shigatse has distinctive wet and dry seasons, with the rainy season running from May to September, and the dry season from October to April. July and August are the two rainest months in Shigatse, but most of the rainfall is concentrated at night and in the late evening.

Every year from October to April of the next year, Shigatse is dry and windy with low temperature and little rain. The precipitation is less than 10% of the annual precipitation, which is called dry season or wind season. From May to September, the climate is mild, the air is moist, and the precipitation accounts for more than 90% of the annual precipitation. And the precipitation is concentrated in July and August, which is called rainy season. The spatial distribution of precipitation is uneven, with more in the east, 200-430 mm, and less in the northwest, less than 200 mm. The east precipitation is earlier than the west. Frost-free period in Shigatse is more than 120 days. Within the territory, snowfall intensity is small, snow area is mainly concentrated in Yadong, Nyalam and Tingri. Some areas in the southern slopes of the Himalayas are warm all year round with abundant rainfall. The annual rainfall there is about 1000 mm. The average daily temperature in warmest day is 18-22℃.

Shigatse Weather and Climate by Month 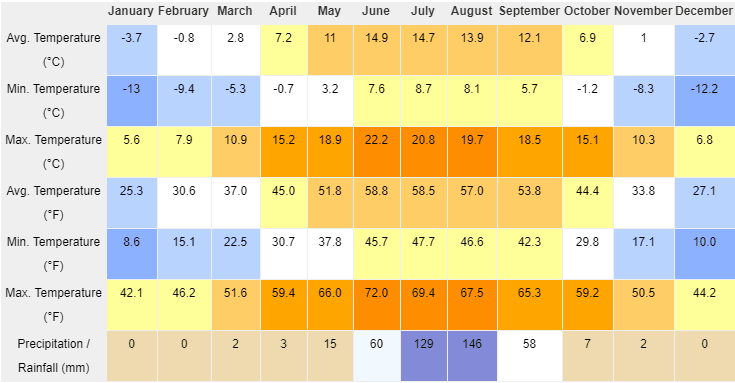 What to Pack for Shigatse Travel

Temperatures in Shigatse range is from a high of 23℃ to a low of -25℃, with an annual average temperature of 6.3℃. From November to April in the next year, it is unsuitable for travelling to Shigatse because of the low temperature. July and August are considered as the rainy season. During this time, it often rains in the evening. The best time to visit Shigatse is April to October. If you're going to visit Mount Everest in Shigatse, April to June and September to October are the best time.

Do remember from October 1st to October 7th is the one-week long national holiday, coupled with Shigatse is one of the major destinations for domestic and international tourists travelling to Tibet, it could be extremely crowded.

The Best Time to Visit Shigatse

The best time to visit Shigatse is from April to October, while the peak season is from May to September. But do remember the from 1st October to 7th October when is the...

Shigatse Travel Weather and Climate in May