Yushu (Yüxü) is a county-level city of Yushu Tibetan Autonomous Prefecture in southern Qinghai province, China. It comprises a surface area of 13,462 square kilometres (5,198 sq mi).[2] In 2010, the overall city’s population was 120,447 and 56,802 live within the city core. Yushu is the fourth largest city in Qinghai.

The city seat is the town of Gyêgu (also known as Yushu and Jiegu in Chinese), built in the valley of the Batang River, a right tributary of the Tongtian, which becomes the Jinsha at their confluence. All of these make up part of the Yangtzewatershed.

Other Destinations in Yushu City 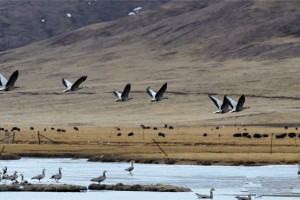 Yushu City Weather and Climate describes information with temperature, precipitation, Geography, What Clothes to Wear in Yushu City, weather and climate by month, climate graph, 15 days Yushu City weather forecast. Find out the best time to visit Yushu City and see the season highlights in Yushu City. It also tells you what to wear in different seasons and Clothes packing for your Trip to Yushu City. [...]