Mount Kailash is located in Burang County, Ngari, near  Lake Manasarovar  and Lake Rakshastal, close to the source of some of the longest Asian rivers: the Indus, Sutlej, Brahmaputra, and Karnali also known as Ghaghara (a tributary of the Ganges) in India. Mount Kailash means King of mountains. The major peak Kangrinboqe in west is the most famous divine mountain in Tibetan Buddhism, which is famed as one of four sacred mountains. At the altitude of 6721 meters, Mount Kailash is not the highest mountain in Ngari prefecture. However, only its snowy peak can reflect fantastic and brilliant light under the sunshine.  Mount Kailash is considered to be sacred in four religions: Bon, Buddhism, Hinduism and Jainism.

Other Destinations in Mount Kailash 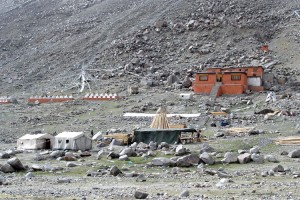 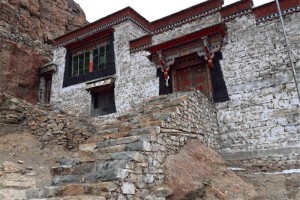 Mount Kailash tours usually include Lake Manasarovar, Dolma La Pass, Chuku Monastery, Dirapuk Monastery and Zuchu Monastery, as well as other Shigatse highlight attractions like Mount Everest and Lhasa highlight attractions like Potala Palace, Jokhang Temple, Drepung Monastery, Barkhor street and the like. Mount Kailash is one of famous holy mountains and Buddhist shrines in the world. There are a lot of famous historical sites remained around Mount Kailash, it is the Holy Land in the hearts of all [...] 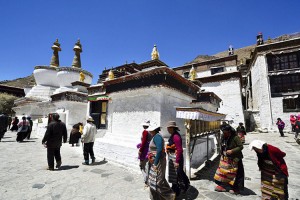 Mount Kailash transportation is not very convenient. It is located at Darchen Town of Burang County, the starting and ending point of the Mount Kailash Trekking. Since foreign tourists are not allowed to travel alone in Tibet, after entering Tibet, travel to Mount Kailash must be arranged by travel agents. It is a long journey to drive to Mount Kailash. Generally speaking, it takes at least 4 days departing from Lhasa to Mount Kailash in Ngari, and sometimes longer.  How to [...]

Festivals and activities at Mount Kailash tell you what to do during the festival tour in Ngari, and they will surely enrich your Tibet tour. Most Tibetan festivals are full of religion features. In addition to annual large-scale worship rituals to Buddha and Buddhist masters, Tibetan people will also hold a series of festivities associated with religious life and agricultural production consisting of religious festivals and folk ones. Saga Dawa Festival and Korjak Monastery Buddhist Celebration are the ones you shouldn't [...]

The conditions of Mount Kailash accommodation is relatively much more basic and simpler due to its remoteness and tough environment. Most of the travelers choose to stay at Darchen Town at the foot of the Mountain Kailash, it is also the starting and ending point of the Mount Kailash Trekking. There are three Tibetan monasteries along the trek – Chuku Monastery, Dirapuk Monastery to Zutulpuk Monastery. The houses are in or near the monasteries, constructed by stones and earth. Camping is always the [...]