Karub District (other spellings: Karuo District (after Chinese name), Kharro District (after THL transliteration of Tibetan)) is a district in Qamdo, the district is synonymous referred to as Chamdo, Qamdo, or Chengguan in the Tibet Autonomous Region of China, and the seat of government of Qamdo. Karub has an area of 10,700 km² and a population of 78,000, of which 90% are Tibetan. The average temperature is 7.6 °C, with average temperatures of −2.3 °C in January and 16.3 °C in July. The average precipitation is 467 mm per year.
Popular with tourists are the Galden Jampaling Monastery in the capital and the salt mines and hot springs at Yangjing.

Karub Ruins: Karub Ruin mean “cattle” in Tibetan dialect,has an elvevation of 3,100 meters and cover an area of 10,000 square meters. It’s one of the three large primeval cultural ruins in Tibet and from the New Stone Age with a history of 4,000 years with a close relationship with the ancient culture of Yellow River Valley.

Other Destinations in Karub District 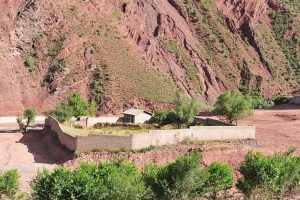 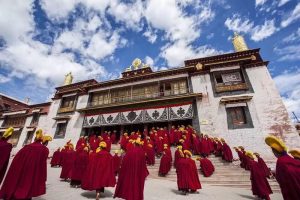 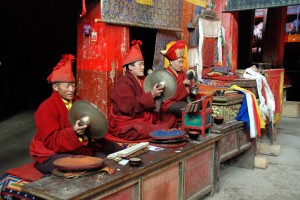 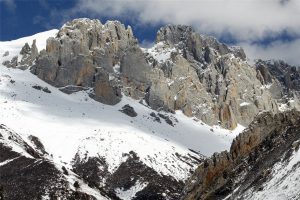 As the Top Tibet tour operator, MysteriousTibet promises to present the ultimate travel experience to world-wide tourists via a galaxy of carefully-engineered tour products. Our quality service begins as our thoughtful travel consultants handle your emails to inquire a customized Tibet tour. And throughout the tour, they will together with our client service manager in Qamdo Karub District provide back-up service for you. All our seasoned Tibetan guides are well-trained and hospitable. They are ready to help you out whenever you [...]

How to Reach There By Air Chamdo Bangdad Airport, situated in Chengdu and at an altitude of 4300 m above sea level is the highest airport in the world. It has now started takes traffic from Lhasa airport. Qamdo town is around 128 km away from here that you can travel by road. By Road Road transportation is more preferred than air travel. Buses to all the major cities of Tibet originate from here. There is also a connection to cities of [...]

Qamdo Folk Custom in Tibet Qamdo Folk Custom in Tibet – Dressing Qamdo dressing is representative a regional culture and spirit. People in Qamdo Prefecture are called Kangba people. Men dress themselves very vigorous and unrestrained, bold and uninhibited. They prefer to wear long Tibetan knife, or other weapons. Their clothes are usually made of the silks and satins, cloth, and fabric, etc, and the edges are usually embroidered with otter's skin, tiger's skin, or leopard's skin, etc. Ladies dress themselves [...]

Want to Know More about Qamdo Karub District ! There are few more things that you need to know that will make your travel more fascinating and smooth. Like in all other parts of Tibet, the temperature here is also close to 100 C and summers is the best time to plan a trip to Qamdo city. The city is the best place in entire Tibet to shop for traditional and modern clothing. Women and youngsters alike, are attracted a lot [...]

How to Get to Gonjo County from Qamdo City (Karub District)

How to Get to Riwoqe County from Qamdo City (Karub District) 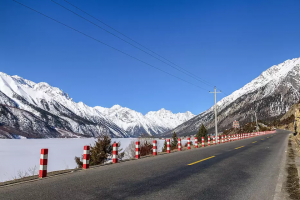 In each destination, you’ll enjoy a comfortable stay in a great location! The hotels we choose are based on star rating, great locations, well-equipped facilities, cozy bed, high quality service and guests’ feedbacks. Choices are a lot ranging from luxury 5 star, comfortable 4 star to budget 3 star. You could decide where to stay to best suit for your budget and likes. Generally, the hotels have both Western and Chinese breakfast with a wide choices. If you have already [...]