Discounts give push to Tibet tourism 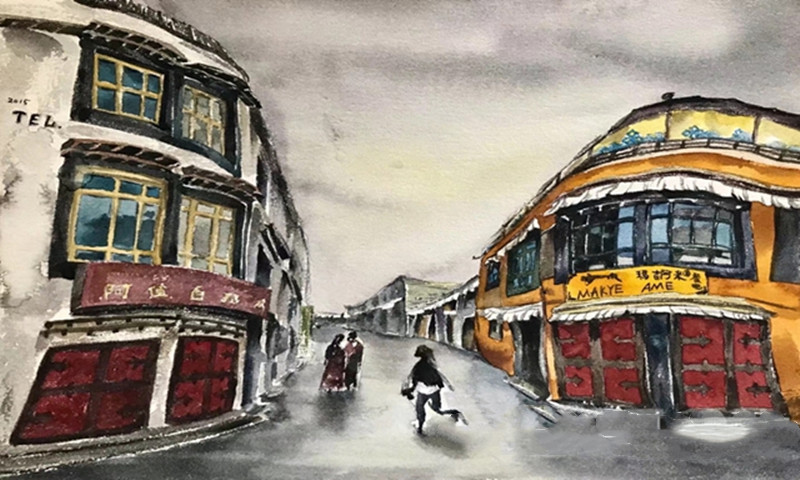 Southwest China’s Tibet autonomous region is a major attraction for tourists from around the world, but it saw fewer visitors during winter, with tourism-related businesses remaining shut for months.

All that has changed in the last two years. With Tibet launching its first “Winter Tour Campaign” in February 2018 in response to China’s call to develop the region, which is endowed with a unique geographic landscape, as a “World Tourism Destination”, it has been able to reverse the “tourism depression” that is often witnessed during winter.

As part of its campaign, the region offered differential pricing policy on tourism products, including free entry to several scenic spots, and hefty discounts on hotels, flights, and transportation.

The measures were effective. Tibet saw 2.46 million domestic and overseas tourists between Nov 1, 2018 and March 15, 2019, a 84.2 percent jump compared with the same period in the previous year, according to statistics provided by the region’s tourism development department. During the same period, tourists spent 2.62 billion yuan ($370 million), up 41 percent year-on-year.

Xue Bin, a tourist from Southwest China’s Chongqing municipality, said he was happy to get a free entry to the Potala Palace, a World Heritage Site, thanks to the third winter campaign that kicked off on Oct 15.

“We have come (to Tibet) at the right time. We were exempted from buying tickets to visit the Potala Palace and other sites in the region. We only had to show our identity cards for a free entry,” said the 61-year-old.

The differential pricing policy allows free entry to the Potala Palace and scenic spots in the 3A and above 3A category. Besides, 50 percent discount is offered on tickets to State-owned tourist spots that are below 3A category and privately owned A-category spots. The scenic spots have been divided into five categories: AAAAA, AAAA, AAA, AA, and A.

The region is giving 50 percent discount on flight tickets on different airlines.

According to the official website of Tibet’s Manling county government, between February 1, 2018 and April 30, 2019, the Yarlung Zangpo Canyon Scenic Site of the Tibet Tourism Co Ltd received 191,033 tourists, a 145 percent increase year-on-year.

It has been only two weeks since the region started offering preferential pricing, and already the number of tourists at the Yarlung Zangpo Canyon Scenic Site has risen by more than 30 percent compared with the same period last year. Draksum Tso Lake and Yani Wetland, both top tourist sites, have seen an increase in the number of visitors.

“This is different from the other two winter tour campaigns, which lasted for only three months. This year, with two more extra months, we believe we will receive more tourists and generate more revenue,” said Hu Wei, assistant president of Tibet Tourism Co Ltd.

Hu Wei said this season is different because tourists will get to see snowcapped mountains, while in summer, the peaks are covered by clouds.

“Tourists visiting the region’s Nyingchi city can enjoy watching the black-necked cranes, and they find it affordable because they get discounts on transportation, and food,” Hu said.

Yang Xiaoming, a tourist from Guangzhou, said she chose to visit the region in winter because it would not be too crowded. Yang said the hotel rates were low, and she was happy that the hotel arranged a free tour guide for her.

“Next time, I and my friends will visit the region’s famous lakes of Yardrok Yutso and Namtso. We are told these sites offer free entry.”