Good hair day in the Himalayas 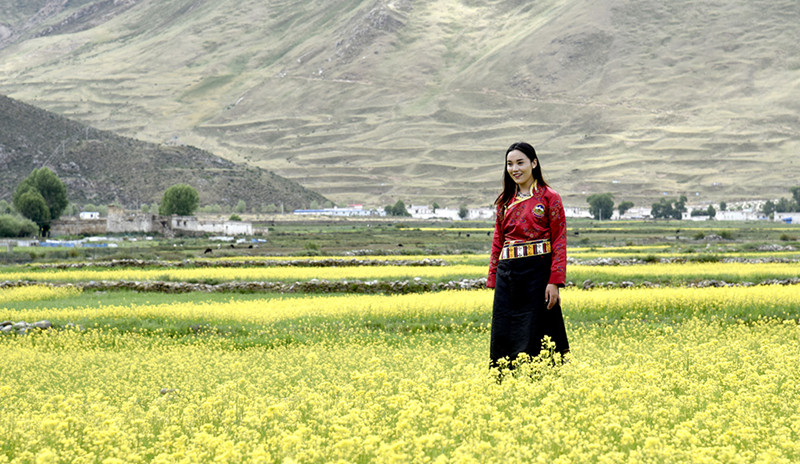 In a courtyard amid the snow-capped mountains in southwest China’s Tibet Autonomous Region, Tenzin Sonam skillfully cuts the hair of a client, with several others waiting in line.

“See, after getting a short haircut, you look much more energetic,” the part-time haircutter told his client, a doctor in the Tsosisumkyi Township of Ngari Prefecture.

Deep in the Himalayas, the township has poor transportation and a sparse population. Currently, no one operates any barber shop there.

Tenzin Sonam, head of the township, has a notice in front of his house that reads: “Free haircuts, but please wash your own hair and bring your own barber capes.” Some use plastic bags and some tie old shirts around their necks.

The self-taught hairdresser gained the expertise when he was getting haircuts in barber shops. “I would observe them doing different styles.”

He can only do some simple hairstyles, but after starting to work in the snowy mountains, his skill was more than enough to amaze the locals, who even had no idea of what a “hairstyle” was.

“The snow covers the mountains for almost half the year, and we were used to not getting haircuts,” said villager Thokme Tenzin.

“But these days, everyone takes personal hygiene seriously, and we will be made fun of if we continue to grow long hair like yaks,” the villager added.

Like Tenzin Sonam, Tobgyal is also a part-time barber in the same township. The difference is, Tobgyal’s clients are the students in the school where he is the principal.

Over the years, Tobgyal has done all kinds of stylish hairstyles: Some have heart-shaped hairstyles, some have apple-shaped and some others’ hair resembles lightning.

In July 2015, Tobgyal was assigned to work in the Pingguo School in the township. Soon after arriving there, he found that nobody cut the hair for the students, and decided to become a barber for them.

Tobgyal bought his haircut kit online, and learned haircutting from an online app. His first experiment was done on township official Losang, and it was a disaster. After many failures, he gradually got the technique.

In his school, the students often ask him to give them special, sometimes bizarre haircuts. An eight-year-old student once asked him to do a hairstyle that “looks like a cat’s face,” but Tobgyal eventually gave him an apple-shaped one.

Half a year ago, two female teachers were assigned to the school, relieving his haircutting pressure. The female teachers comb the hair and make braids for young girls every day, and Tobgyal no longer needs to cut their hair short.

With more stylists, people there are having more good hair days.

“We want everyone in the township to look upbeat and happy with clean, good-looking hair,” said Tenzin Sonam.