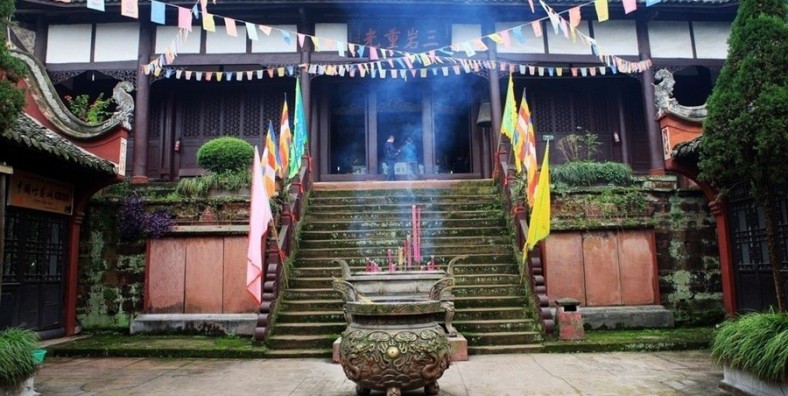 Sanyan Pacuo（三岩“帕措”）is the remnant of the patriarchal clan that is not widely seen in the world, and still retains some basic characteristics of the primitive clan tribes. In Tibetan, the word “pa” refers to the father’s side, and “cuo” refers to the meaning of the settlement, which refers to “a tribe formed by the blood of the father”. It is the bone system in the traditional concept of the Tibetan people. Pacuo（帕措）has the characteristics of the clan and the function of the tribe, which is basically a patriarchal society. But it also has a more rigorous organizational structure and distinct clan democratic parliamentary characteristics. The Pacuo organization in Sanyan area is known as “the living fossil of the patriarchal primitive culture”.

Passengers can take airport shuttle bus to Gonjo County from the airport.
The airport inquiry number is +86 0895-4821004.

Bus
The Prefecture is over 1,200 kilometers (746 miles) from Chengdu and over 1,100 kilometers (684 miles) from Lhasa. Every week at least three buses travel between Qamdo and the two cities. Apart from regular buses, the tourist bureau sometimes sends special buses to Lhasa for visitors. They do not drive at night, so the whole journey may take five or six days. For individual tourists, hiring passing cars, mostly freight cars, is the best choice. These cars usually pick up passengers at the bus station in Gonjo County, and visitors can negotiate the details with the drivers.