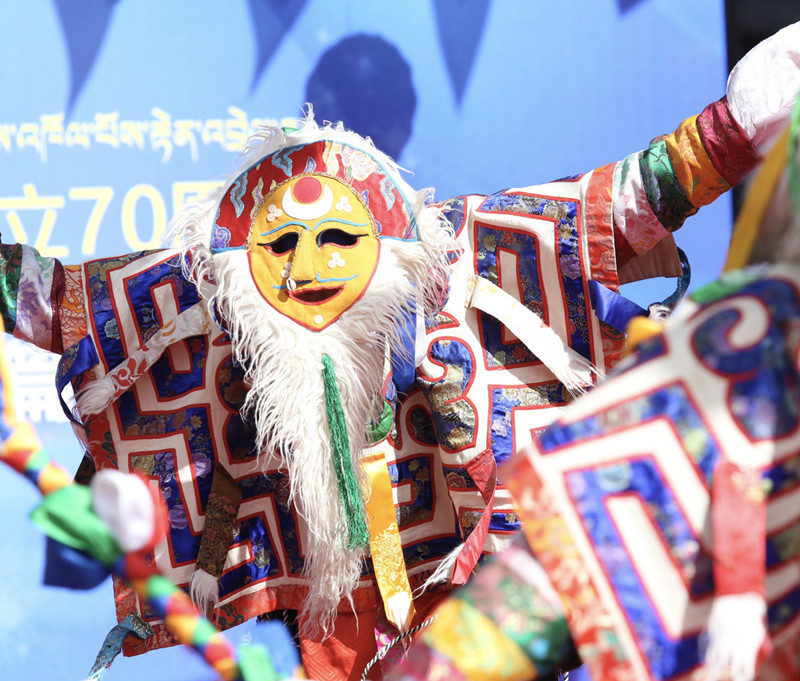 The air was chilly and the barley fields were colored with a golden autumnal palette on Wednesday as locals in Tibet autonomous region’s Tsome village gathered for the coming Mid-Autumn Festival.

Mid-Autumn Festival, one of China’s major traditional festivals and a time for family reunions, falls Friday, Sept 13 this year.

It is the first time villagers in Tibet’s Doilungdechen district gathered together to celebrate. This year also marks the 70th anniversary of the founding of People’s Republic of China and the 60th anniversary since the launch of democratic reform in Tibet.

Nyima Yangdron, a primary student in the village, said the festival made her miss her elder sister who studies abroad and whom she speaks to once a month on the phone.

“I am pleased and honored to represent our school and students to participate in the celebration today, and I will do a good job in today’s performance later,” said Nyima Yangdron.

Sonam Yeshi, an official, said the village is paying tribute to the festivals from years past, during which the village committee gave residents moon cakes.

“The Mid-Autumn Festival celebration this year is even grander,” said Sonam Yeshi.

“The county government has bought moon cakes for our villagers. Each villager gets one, and villagers also can enjoy performances and games,” he said.