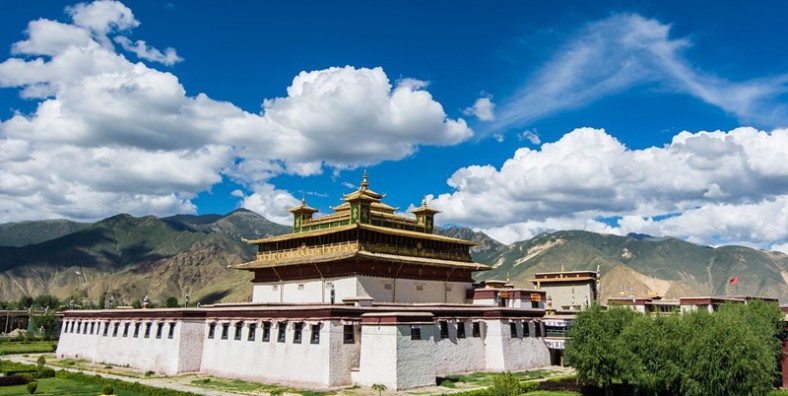 This tour will take you to “the cradle of Tibetan Civilization” Tsedang to discover the mystery of Tibetan Buddhist in Tibet’s most revered Palaces and Monasteries. Sightseeing includes: Yumbulakang...

This tour will take you to “the cradle of Tibetan Civilization” Tsedang to discover the mystery of Tibetan Buddhist in Tibet’s most revered Palaces and Monasteries. Sightseeing includes: Yumbulakang (Tibet’s first palace), Samye Monastery (Tibet’s first monastery), and Trundruk monastery (It has a stunning Tangkha of Pearls decorated with a total of 29,026 pearls). Of course you will also explore the heart of Tibet – Lhasa.

Highlights of this tour:

Welcome to the roof of the world! You will be picked up by local tour guide at the airport hall or train station, and then be escorted to your hotel in Lhasa city in a private vehicle. After arrival at your hotel, the rest of the day is free for you to explore the local areas and acclimatize yourself to the air, temperature and high altitude of Lhasa.

High Altitude Acclimation Tips:
1) go for some leisure walking to acclimate the high altitude but avoid strenuous activity after arrival;
2) you’d better not have bath, in case of catching a cold;
3) drink more water, and have some fruit;
4) have a good rest. 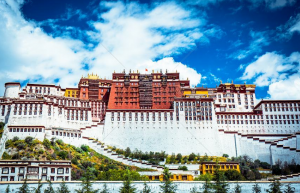 Start today’s Lhasa exploration with an exciting visit to the landmark – Potala Palace which is regarded as one of the most beautiful architectural building in the world. You will climb up the palace along the zigzag stone paths with white-and-red walls to the top of the palace where you can not only appreciate the exotic Tibetan-style architecture, but also get a great view of Lhasa’s urban areas, then walk into the inner space of Potala Palace to explore the stately chapels and learn about the history of the palace.

Continuing your exploration, you will then get to Jokhang Temple which is considered as the spiritual heart of Tibetan Buddhism. Each day, there are thousands of pilgrims coming from different places in Tibet to the temple to worship to the Buddha. This temple is also known as the “house of Buddha” because it keeps the precious Jowo Rinpoche, the life-sized (5 foot/1.5m) image of the Shakyamuni at the age of 12. The last site for today’s exploration is the famous Barkhor Street. It is a circular and wide street encircling the Jokhang Temple. The local people like to walk on the street for several circles usually in the late afternoon as a daily tradition of pilgrimage. The street also has many shops selling a wide variety of traditional Tibetan goods, religious items and handcrafts.

Tips of Today: 1) there are 1,080 steps up to climb to the top of Potala Palace, so don’t walk in a rush, which may cause high altitude sickness; 2) taking photos is not allowed inside the palace; 3) today you will be mainly outside, please bring some water, a hat, sun cream, and sun glasses with you. 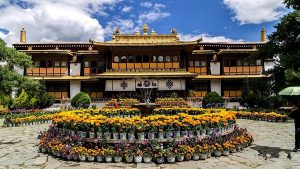 After breakfast, you will firstly go to visit the beautiful Norbulingka which used to be the former summer palace of Dalai Lamas in the ancient time, and now is a public park. It is famous for its Potrang, the private palaces of former Dalai lamas with grandiose Tibetan architecture style. Next, drive several kilometers to the western outskirts of Lhasa to visit Drepung Monastery. Drepung, in Tibetan, means “prosperity”. Since its establishment, Drepung Monastery has always been one of the most important Buddhist monasteries in Tibet. In its heyday, there were more than 10,000 monks lived and studied in the monastery. Throughout its history, many important and famous Tibetan leaders used to study here, especially the Dalai Lamas. So Drepung Monastery is also respectfully known as the “Mother School of Dalai Lamas”.

In the afternoon, you will be taken to another famous monastery in Lhasa – Sera Monastery. It is famous for the spectacular “Buddhism Debating”. As a daily routine, the monks gather in a courtyard, and debate on the Buddhist doctrines with supplemented gestures, which is thought to be helpful to facilitates better comprehension of the Buddhist philosophy to attain higher levels of study. After enjoying the “Buddhism Debating”, you will be transferred back to the city. The rest time is your own free time to rest.

The Etiquette of Visiting Monastery: 1) you shouldn’t wear short and uncover shoulders; 2) taking off your sunglasses and hat before entering the chapels; 3) taking photos is usually not allowed inside the chapels.

After breakfast today, you will drive about 3 hours to Tsedang Town, the political and transportation center of Shannan Prefecture. This region is the birthplace of Tibetan Civilization, as well has played an important role in the development of Tibetan Buddhism. Today, you will go to visit three most famous attractions in Tsetang.

In the afternoon, there are two historical and influential sites are waiting for your visit – Yumbulakang and Trundruk monastery. Yumbulakang is known as Tibet’s first palace. It has a very long history of over 2,000 years, and boasts many rare sculptures and paintings from ancient times. While visiting Trundruk monastery, you will see a stunning Tangkha of Pearls decorated with a total of 29,026 pearls. (Yumbulakang is now closed for maintenance. Tourists cannot climb up and visit sites inside, but still can enjoy its magnificent appearance at the foot of the hill.) 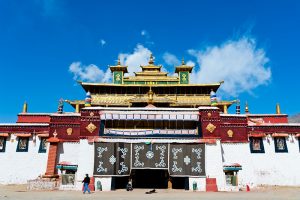 In the morning of today, you will explore the famous Samye Monastery which was believed to be the first official Buddhist monastery in Tibet with the basic terms of Buddhism – Buddha, scriptures and monks. For over 1,200 years of history, it is one of most influential monastery in Tibet. In this monastery, there was a famous debating about Buddhism between the ancient Indian Buddhism and Chinese Buddhism. Samye Monastery was built according to the description of universe in Buddhism scriptures, combined features of Tibetan, Chinese and Indian, symbolizing the center of the universe.

In the afternoon, you will be transferred back to Lhasa. Have a good rest.

Today is free for you until your tour guide transfer you to the airport in time for your flight or drop you off at Lhasa train station.

Tips of Today: 1) please pack your luggage carefully, especially for small things like camera charger, power adaptor, mobile phone, phone charger, wallet and towel; 2) If your flight is arranged in the afternoon, please make sure you check out the hotel before 12pm.