Yogurt festival to be held in Tibet 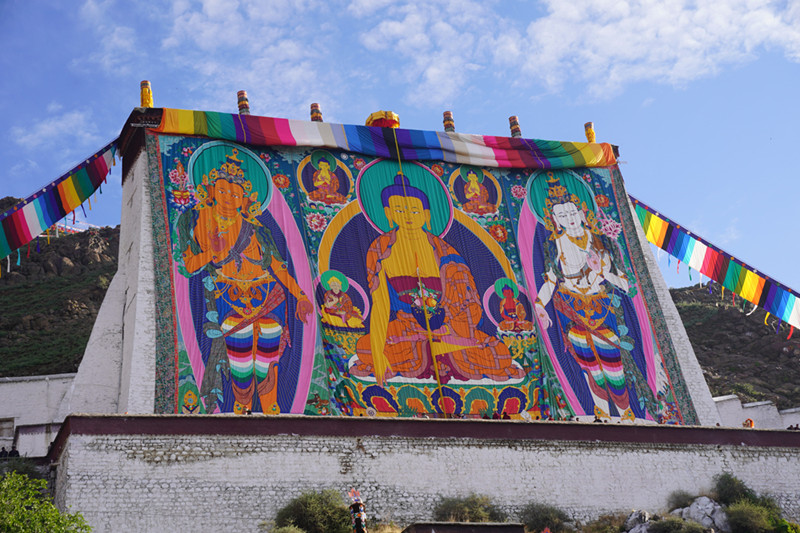 The festival will last for one week from Aug. 30 to Sept. 5.

Shoton Festival, which literally means “yogurt banquet festival,” is one of the most important festivals for Tibetans.

It dates back to the 11th century when it began as a religious ceremony for local residents to offer yogurt to monks finishing their meditation retreats.

Tibet received over 13.4 million Chinese and international tourists from January to June, up 20.2 percent year on year and generating a revenue of about 15 billion yuan (2.1 billion U.S. dollars), according to official statistics.