Is Bottled Glacier Water Damaging the Delicate Environment of the Plateau? 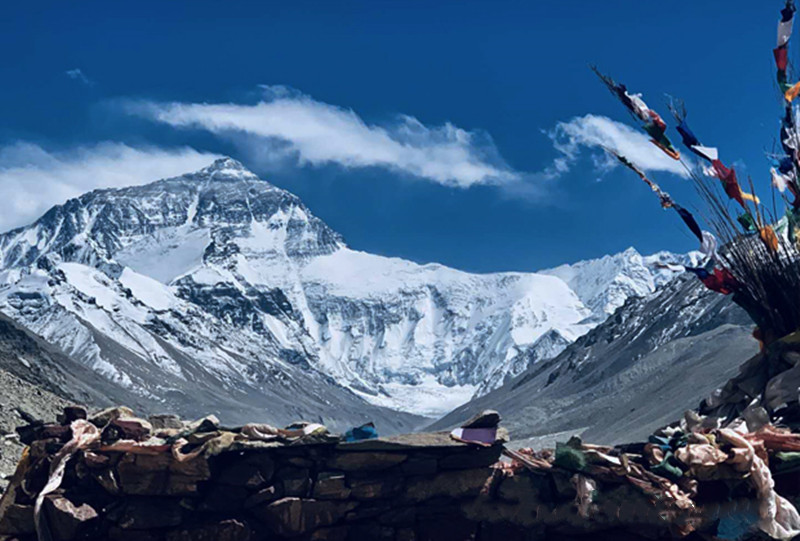 Everyone knows that, when visiting a third-world country, drinking the tap water is normally a no-go, as it is often not fit for human consumption. Well, for tourist consumption, anyway. The locals rarely seem to mind at all. The same can be said of Tibet, the land in the far west of China that lies on the world’s highest plateau. Surrounded by the mountains of the mighty Himalayas to the west and south, and the Taklamakan Desert to the north, Tibet Autonomous Region is known as the “icebox” of the world, thanks to the vast number of mountain glaciers that still run down from the high Himalayas.

When traveling on this vast plateau, tourists are generally advised to drink boiled or bottled water, and many of the Tibet travel agencies that arrange travel to Tibet provide bottled water in the vehicles for their travelers to drink as part of the tour package. And most of the bottled water you will drink in Tibet these days comes from the plateau itself. Water in Tibet is bottled from natural springs and glacial melts that are normally found in areas where there is little in the way of a population or any form of animal husbandry to contaminate the waters.

The vast Tibet Autonomous Region has huge water resources, and is the location of the sources of the four largest rivers in Asia, which all descend from the area around Mount Kailash in western Tibet’s Ngari Prefecture. Policies to develop the local natural spring and glacier water as a specialty bottled water has been introduced to the region in recent years, and has helped to increase incomes and boost the economy of some of the more remote areas of Tibet.

Around 28 companies currently bottle and export water from the plateau, and brands such as 5100 Tibet Spring Water, Himalaya Natural Mineral Water, Qomolangma Glacier Natural Mineral Water, and Dagu Glacier Natural Spring Water are now being sold in stores across China, along with more than a dozen other brands that are being exported from the plateau.

However, while there is an abundance of water in Tibet, with around 37,000 glaciers in the TAR alone, this resource is not unlimited, and there is more than just the issue of climate change now affecting the ice box that is Tibet. According to the monitoring of 680 glaciers in Tibet by Chinese scientists, 95% of these glaciers are shedding more ice and water than they are adding in an average year. And while climate change is possibly one of the biggest reasons the glaciers are losing mass, the huge bottled water industry of China is helping them to decrease even faster.

Delicate Environments are Being Eroded by Water Bottling

Business is good for the 28 bottling companies that are reaping the rewards of the Tibetan plateau, and the economy of the plateau, individual regions, and even some of the local people, has been enhanced and improved due to the bottling process in remoter areas of Tibet. However, the entire Tibetan plateau is under enormous environmental pressure already, and bottling the water from glaciers that are already losing mass does sound like a real concern.

A few years ago, bottled water from melted glaciers in the Arctic were introduced into Hong Kong supermarkets, branded as “Svalbardi”, which were sold in beautiful glass bottles to prove the purity of the waters inside. Produced by taking huge chunks from the icebergs around Svalbard, to the north of Norway, the company came under intense pressure because of the outcry of people offended by the environmental damage to the already melting polar caps. Small wonder that 5100 “Spring” Water has only just become available for sale in Hong Kong.

Tibet has a similarly delicate environment, with rising global temperatures and rapid urbanization causing more damage to this fragile ecosystem. The third largest reservoir of glacial ice after the poles, Tibet is seeing large glaciers declining and damaging the delicate balance of life on the plateau. And with 28 companies now drawing on the water resources of the natural springs and cutting chunks of glaciers in some of the most delicate environmental areas of the plateau, those water resources are being depleted faster than nature can recover.

Tibet is a land that is delicately balanced, hence the increase in the number of national nature reserves and protected environments across the region. Scientific evidence has prompted the increase in environmental protection in Tibet, and the fragile nature of the delicate ecosystem of the plateau have seen huge areas of land being declared national parks in the last ten years.

However, nature reserve or not, it seems that nowhere on the plateau is safe from the constant demand for bottled Tibetan glacier water, with even the most fragile ecosystem on the planet – the area of the Qomolangma National Park – being targeted as a major source of bottled glacier water. Recently, the regional government of Tibet announced the move to reduce tourist damage to Mount Everest (Chomolungma in Tibetan and Qomolangma in Chinese) by moving the “tourist base camp” at the foot of the world’s highest mountain two kilometer back towards Rongbuk Monastery. A move intended to help the delicate environment of the area and reduce damage by human intervention, this was well received around the world.

But bottling water from the glaciers of the highest mountain on the planet does not appear to be an environmental issue. The Qomolangma Glacier Company, one of the top-ranked bottled glacier water companies in Tibet, bottles its water less than 80km from the summit of Mount Everest, inside the proclaimed Mount Qomolangma National Nature reserve boundaries. It seems that even this “protected” area of Tibet is fair game for the CEO’s of the modern bottled water industry in Tibet.

As being responsible travel company

Throughout the past decade, there has been a rapid increase in the Tibetan tourism industry and this has significantly contributed to the local economic development and sustainability of Tibetan traditional culture. Despite this, there are both negative and positive consequences of such rapid development and interest in exploring this majestic country. When not careful, numbers of new visitors and tour guides that knew nothing of the Tibetan culture and the indigenous people quickly stormed the precious yet fragile landscape. Their ultimate goal was of making profit and there was no consideration given to the ancient manners and practices of this humble people. This is a common issue of tourism development that threatens the age-old culture and the unpolluted environment of the high plateau. Although this seems much too prevalent, tourism in Tibet is still at its dawning and this issue makes the practice of Responsible Tourism even more necessary. The Central Government of China also introduced eco-tourism initiatives last year. Hence it is especially important to maintain a clean landscape and rich culture for the next generations to live in. The support of Responsible Tourism is the key to ensuring a healthy future for people who live on the Tibetan plateau.

Thus, We try our best to provide a tank of purified water and hand pump to every our groups, but of course we give full choice for our clients to whether use the prepared tank water or use their bottle water. Anyhow for the long trips we highly suggest our clients to use the tank water by concerning its goodness and impact to other companies around us. By using one tank of water, we could save more than 34 plastic bottles, because each tank holds 18.9L and plastic bottles hold 550ml.