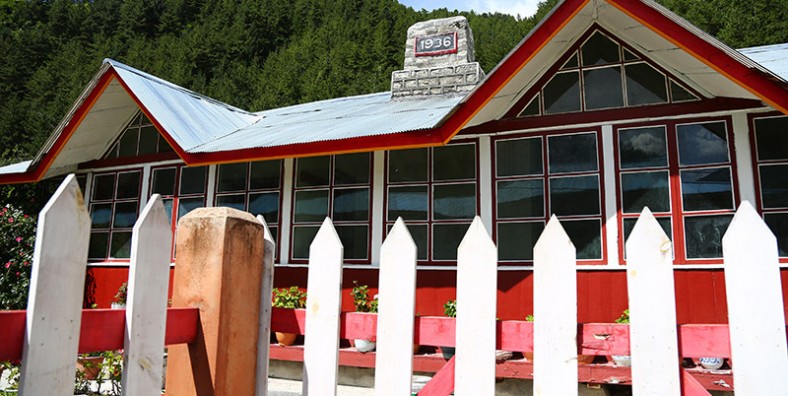 About Post Site
The site was the end of 204 provincial road. The British Empire Post Site is located behind the Yadong County middle school, it was founded in 1936. The British imperialism took a number of rights in Tibet through the war in 1904. The Post Site was the only one in complete preservation of the seven post stations that British imperialists had built up within Yadong County. The architectural is in the English courtyard style, with the square top, the stone wood structure.

There are wide corridors in front of the door, and the floors are made of solid wood. There are three bedrooms and a fine fireplace in the middle. There are one meter high fences around the Post Site, with green lawn in the courtyard. About 30 meters to the left of the house there is a wood-built toilet, with various fruit trees on the hillside behind the house. The post station had became the only one well preserved structure left by the aggressors on the land of Tibet, and also it is the historical witness of the British Empire invasion of Tibet in the modern history.

Attraction Transportation:
We can take a shuttle bus from Shigatse to Yadong County, then transfer a local mini bus to Post Site.
Attraction Travel Tips:
· pay attention to respect the local customs.
· 1 – 2 hours travel.
· best season to travel: all the year round.