Nyingchi Weather & Climate describes information with temperature & precipitation. Find out the best time to visit Nyingchi and see the season highlights in Nyingchi Tibet. It also tells you what to wear in different seasons and clothes packing for your trip to Nyingchi Tibet.

Nyingchi is situated at the north bank of Yarlung Zangbo River, lower reaches of Niyang River, at the southeast part of Tibet. The terrain here is dangerously steep with river valleys. The average altitude is 3,000 m with relative height difference of 2,200 – 4,700m. Nyingchi is a city with lowest altitude in Tibet. Niyang River slowly flows through the city surrounded by mountains. The rainfall here is abundant and climate is comfortable. The mountains here are extending from east to west, higher altitude in north and lower in south, which has great height difference. The climate here is complicate with great vertical changes, forming coexistent variety of climatic zone: tropical climate, subtropical climate, temperate climate, boreal climate, humid climate and semi-humid climate. The annual precipitation of Nyingchi is around 650 mm, annual temperature is 8.7℃, with annual sunlight 2,000 hours and 180 frost-free days. It boasts fertile lands and rich resources. The average temperature of winter in Nyingchi is above 0℃, while summer’s average temperature is 16℃. The four seasons here are distinctive, and the summer is not so hot and winter is not so cold. But every May to September, is the rainy season. Lots of rainfall is easy to cause landslide, debris flow, collapse and other natural disasters.

The least amount of rainfall occurs in December. The average in this month is 2 mm. The greatest amount of precipitation occurs in July, with an average of 134 mm. 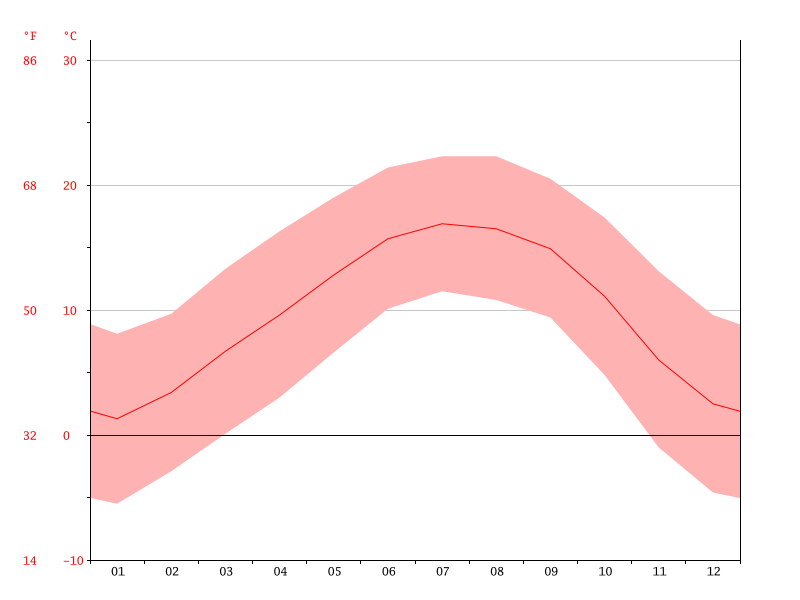 The temperatures are highest on average in July, at around 16.9 °C. The lowest average temperatures in the year occur in January, when it is around 1.3 °C. 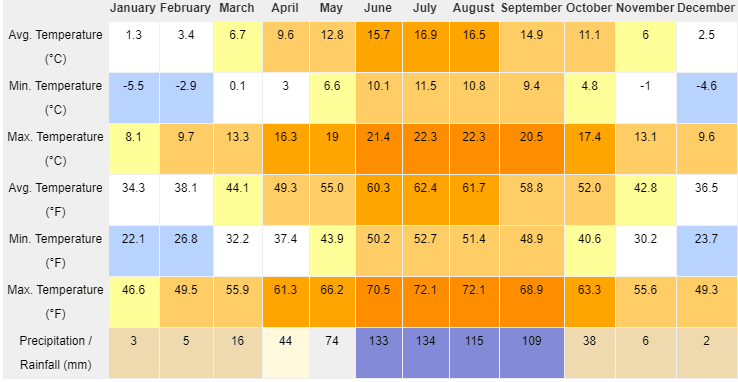 Nyingchi Weather and Climate by Month

Four Seasons of Nyingchi and What to Pack

Note: Due to the severe sunlight on the plateau and wide temperature division between day and night, you are highly advised to carry long sleeves, sweater, jackets, sunglasses, sun cap, sun blocking cream, lip cream, Aspirin, medicine for cold and digestion, etc.

The period between March to October is the best time to visit Nyingchi. From March to April, plum blossom all over the mountains and plains makes Nyingchi a fairyland. From May to June, tourist can appreciate the beautiful rhododendra. Nyingchi turns to be green world from July to August and golden yellow during September to October, which you can participate in the major festival-Shoton Festival. The period between May to September is the rainy season of Nyingchi. At this time, debris flow and collapse are common to see so tourists should pay attention to weather forecast.

The Best Time to Visit Nyingchi

Nyingchi Travel Weather and Climate in May