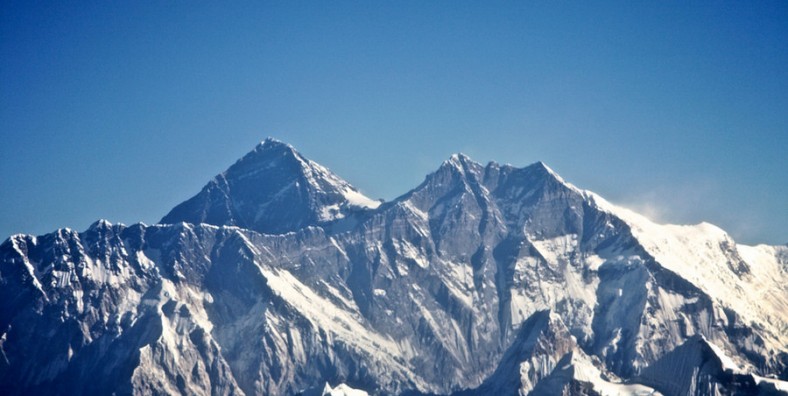 Lhotse is the fourth highest mountain in the world. Its long east-west crest is located immediately south of Mount Everest, and the summits of the two mountains are connected by the South Col, a vertical ridge that never drops below 8,000 meters. Lhotse is sometimes mistakenly identified as the south peak of the Everest massif. No serious attention was turned to climbing Lhotse until after Everest had finally been ascended. Lhotse was first climbed in 1956 as an alternative route to the summit of Everest. In addition to the main summit, there are two subsidiary peaks, Lhotse Shar, which is immediately east of the main summit, and Nuptse, a high peak on the mountain’s west ridge.

The Climbing History of Lhotse Mountain

An early attempt on Lhotse was by the 1955 International Himalayan Expedition, headed by Norman Dyhrenfurth. It also included two Austrians (cartographer Erwin Schneider and Ernst Senn) and two Swiss (Bruno Spirig and Arthur Spöhel), and was the first expedition in the Everest area to include Americans (Fred Beckey, George Bell, and Richard McGowan). The Nepalese liaison officer was Gaya Nanda Vaidya. They were accompanied by 200 local porters and several climbing Sherpas. After a brief look at the dangerous southern approaches of Lhotse Shar, they turned their attention, during September and October, to the Western Cwm and the northwest face of Lhotse, on which they achieved an altitude of about 8,100 meters. They were beaten back by unexpectedly strong wind and cold temperatures. Under Schneider’s direction they completed the first map of the Everest area (1:50,000 photogrammetric). The expedition also made several short films covering local cultural topics, and made a number of first ascents of smaller peaks in the Khumbu region.

The main summit of Lhotse was first climbed on May 18, 1956, by the Swiss team of Ernst Reiss and Fritz Luchsinger from the Swiss Mount Everest/Lhotse Expedition. On May 12, 1970, Sepp Mayerl and Rolf Walter of Austria made the first ascent of Lhotse Shar. Lhotse Middle remained, for a long time, the highest unclimbed named point on Earth; on May 23, 2001, its first ascent was made by Eugeny Vinogradsky, Sergei Timofeev, Alexei Bolotov and Petr Kuznetsov of a Russian expedition.

The Lhotse standard climbing route follows the same path as Everest’s South Col route up to the Yellow Band beyond Camp 3. After the Yellow Band the routes diverge with climbers bound for Everest taking a left over the Geneva Spur up to the South Col, while Lhotse climbers take a right further up the Lhotse face. The last part to the summit leads through the narrow “Reiss couloir” until the Lhotse main peak is reached.

The western flank of Lhotse is known as the Lhotse Face. Any climber bound for the South Col on Everest must climb this 1,125 m wall of glacial blue ice. This face rises at 40 and 50 degree pitches with the occasional 80 degree bulges. High-altitude climbing Sherpa and the lead climbers will set fixed ropes up this wall of ice. Climbers and porters need to establish a good rhythm of foot placement and pulling themselves up the ropes using their jumars. Two rocky sections called the Yellow Band and the Geneva Spur interrupt the icy ascent on the upper part of the face. On May 19, 2016 the high-altitude mountain worker Ang Furba Sherpa died when he slipped and fell down Lhotse face.

The Weather in Lhotse Mountain

Climatic features: The wind speed in Lhotse Mountain is slightly lower than that in Mount Everest, but rainfall is greater than Everest. From early June to mid-September, heavy rain avalanches occur, churning the snow. In mid-November to next mid-February, south northwest wind pressure, the lowest temperature of the mountain can reach 60 ℃. Only in the spring from early March to late May and autumn in early September to late October, the climate is more stable, and some of the better weather can occur.

Take a long-distance bus from Lhasa to Xieger（协格尔）along the way, visitors have to travel all about 670 kilometers and pass Gyangz（江孜）and Shigatse（日喀则）for two days. And then drive along Jianyi Road（简易公路）of Pazhuo Area for 110 kilometers, visitors can reach the glacier terminal of Rongbuk Glacier（绒布冰川）with an altitude of 5154 meters and see Lhotse peak as well as Rongbuk Monastery（绒布寺）.